Scientists Further Refine How Quickly the Universe Is Expanding 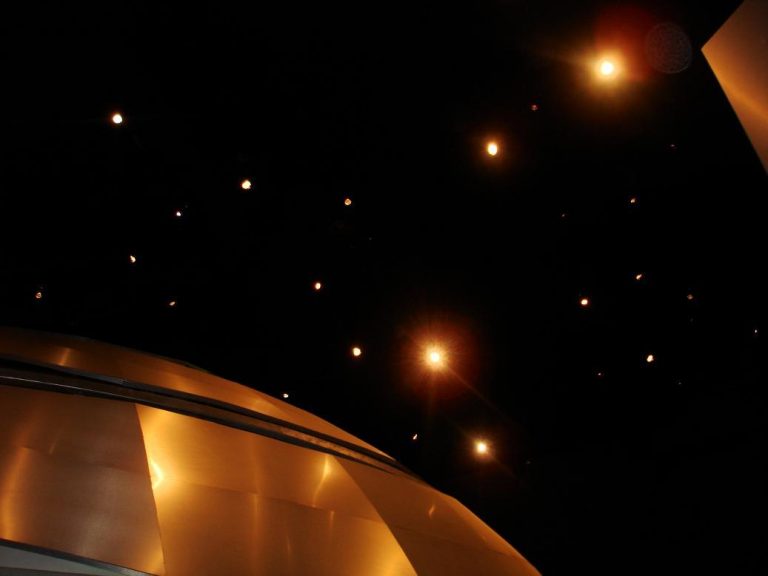 With the help of skyrocketing technologies, astronomers came up with measurements that differed significantly from Hubble’s original calculations for the Hubble Constant. (Image: Wikimedia ; .2.0)

Wielding state-of-the-art technologies and techniques, a team of Clemson University astrophysicists has added a novel approach to quantifying one of the most fundamental laws of the universe.

In a paper published in The Astrophysical Journal, Clemson scientists Marco Ajello, Abhishek Desai, Lea Marcotulli, and Dieter Hartmann have collaborated with six other scientists around the world to devise a new measurement of the Hubble Constant, the unit of measure used to describe the rate of expansion of the universe.

Ajello, an associate professor in the College of Science’s department of physics and astronomy, said:

“Cosmology is about understanding the evolution of our universe — how it evolved in the past, what it is doing now, and what will happen in the future.

“Our knowledge rests on a number of parameters — including the Hubble Constant — that we strive to measure as precisely as possible.

“In this paper, our team analyzed data obtained from both orbiting and ground-based telescopes to come up with one of the newest measurements yet of how quickly the universe is expanding.”

The concept of an expanding universe was advanced by the American astronomer Edwin Hubble (1889-1953), who is the namesake for the Hubble Space Telescope. In the early 20th century, Hubble became one of the first astronomers to deduce that the universe was composed of multiple galaxies. His subsequent research led to his most renowned discovery — that galaxies were moving away from each other at a speed in proportion to their distance.

Hubble originally estimated the expansion rate to be 500 kilometers per second per megaparsec, with a megaparsec being equivalent to about 3.26 million light-years. Hubble concluded that a galaxy two megaparsecs away from our galaxy was receding twice as fast as a galaxy only one megaparsec away. This estimate became known as the Hubble Constant, which proved for the first time that the universe was expanding. Astronomers have been recalibrating it — with mixed results — ever since.

With the help of skyrocketing technologies, astronomers came up with measurements that differed significantly from Hubble’s original calculations — slowing the expansion rate down to between 50 and 100 kilometers per second per megaparsec. And in the past decade, ultra-sophisticated instruments, such as the Planck satellite, have increased the precision of Hubble’s original measurements in relatively dramatic fashion.

In a paper titled A New Measurement of the Hubble Constant and Matter Content of the Universe using Extragalactic Background Light-Gamma Ray Attenuation, the collaborative team compared the latest gamma-ray attenuation data from the Fermi Gamma-ray Space Telescope and Imaging Atmospheric Cherenkov Telescopes to devise their estimates from extragalactic background light models. This novel strategy led to a measurement of approximately 67.5 kilometers per second per megaparsec.

Gamma rays are the most energetic form of light. Extragalactic background light (EBL) is a cosmic fog composed of all the ultraviolet, visible, and infrared light emitted by stars or from dust in their vicinity. When gamma rays and EBL interact, they leave an observable imprint — a gradual loss of flow — that the scientists were able to analyze in formulating their hypothesis.

Dieter Hartmann, a professor in physics and astronomy, said:

“The astronomical community is investing a very large amount of money and resources in doing precision cosmology with all the different parameters, including the Hubble Constant.

A common analogy of the expansion of the universe is a balloon dotted with spots, with each spot representing a galaxy. When the balloon is blown up, the spots spread farther and farther apart. Desai, a graduate research assistant in the department of physics and astronomy, said:

“Some theorize that the balloon will expand to a particular point in time and then re-collapse.

“But this is nothing for us to worry about. If this happens, it will be trillions of years from now.”

But if the balloon analogy is accurate, what is it, exactly, that is blowing up the balloon? Ajello explained:

“Matter — the stars, the planets, even us — is just a small fraction of the universe’s overall composition.

“The large majority of the universe is made up of dark energy and dark matter. And we believe it is dark energy that is ‘blowing up the balloon.’

“Dark energy is pushing things away from each other. Gravity, which attracts objects toward each other, is the stronger force at the local level, which is why some galaxies continue to collide. But at cosmic distances, dark energy is the dominant force.”

The other contributing authors are lead author Alberto Dominguez of the Complutense University of Madrid; Radek Wojtak of the University of Copenhagen; Justin Finke of the Naval Research Laboratory in Washington, D.C.; Kari Helgason of the University of Iceland; Francisco Prada of the Instituto de Astrofisica de Andalucia; and Vaidehi Paliya, a former postdoctoral researcher in Ajello’s group at Clemson who is now at Deutsches Elektronen-Synchrotron in Zeuthen, Germany.

Dominguez, who is also a former postdoctoral researcher in Ajello’s group, said:

“It is remarkable that we are using gamma rays to study cosmology. Our technique allows us to use an independent strategy — a new methodology independent of existing ones — to measure crucial properties of the universe.

“Our results show the maturity reached in the last decade by the relatively recent field of high-energy astrophysics. The analysis that we have developed paves the way for better measurements in the future using the Cherenkov Telescope Array, which is still in development and will be the most ambitious array of ground-based high-energy telescopes ever.”

Many of the same techniques used in the current paper correlate to previous work conducted by Ajello and his counterparts. In an earlier project, which appeared in the journal Science, Ajello and his team were able to measure all of the starlight ever emitted in the history of the universe. Ajello said:

“What we know is that gamma-ray photons from extragalactic sources travel in the universe toward Earth, where they can be absorbed by interacting with the photons from starlight.

“So the amount of absorption that we measured depended very strongly on the value of the Hubble Constant. What we did was turn this around and use it to constrain the expansion rate of the universe.”

Provided by: Jim Melvin, Clemson University [Note: Materials may be edited for content and length.]