China Hungry for Australian Beef, but Every Second Kilo Shoppers Buy Could Be Fake 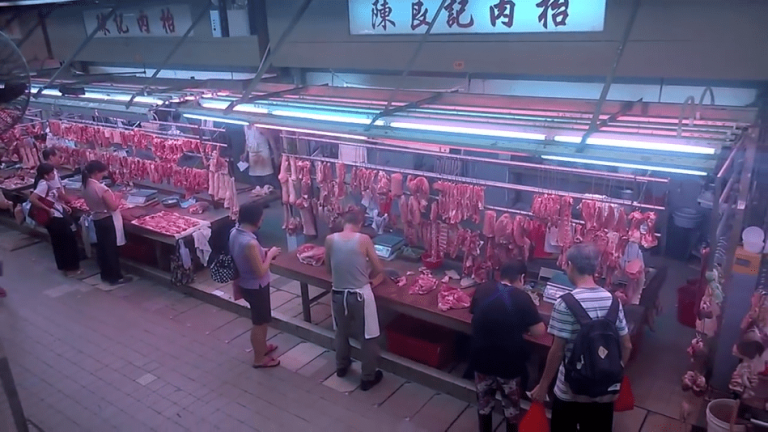 According to a recent investigation, at least half of the meat being sold as Australian beef in China is not really beef. (Image: Screenshot / YouTube)

China’s consumption of beef has risen quite sharply over the past few decades due to the rising living standards of its people. One of the main exporters of beef to China is Australia. However, recent investigations done by PricewaterhouseCoopers (PwC) show that every second kilo of Australian beef sold in China is not, in fact, really beef.

“Based on clients we have spoken to who are selling red meat into that market, based on distributors on the mainland and based on discussions with feedlotters serving the Chinese market, we have come up with that estimate — and it’s probably a lowball estimate,” PwC agribusiness leader Craig Heraghty said to ABC.

Industry leaders in China are said to be of the opinion that fake beef accounts for over 90 percent of Australian beef being sold in the market. The fake beef usually turns out to be from horses, pigs, or ducks. Such a scenario is bad for the Australian meat industry as it will destroy consumer confidence. Many Chinese customers actually pay a premium for Australian beef, considering it to be high quality.

A recent report by ABC showed healthy racehorses being slaughtered on an industrial scale. While Racing Australia claims that only about 34 horses end up in the slaughterhouses every year, many organizations have raised doubts over the number. According to the Coalition for Protection of Racehorses, they discovered that 4,000 horses were killed in just one slaughterhouse located in Queensland. A hidden camera showed 300 racehorses being killed in just 22 days. Some believe that the meat of such horses ends up being shipped to countries like China under the label of “Australian beef.”

To resolve the problem of fake beef, Australian blockchain company BeefLedger plans to set up operations in China. “Blockchain can store all the information related to the cattle, from rearing to the fork. Chinese consumers can view details like the location where the cows were raised, health history, transport and processing of the meat. BeefLedger’s blockchain is not merely a live cattle provenance solution but also monitors processes after the cattle are slaughtered,” according to Ledger Insights.

Coles, one of the largest supermarket chains in Australia, has revealed its plans for exporting premium beef cuts to China. The company currently exports parts of meat that Australians don’t generally eat, like offal. But seeing the huge potential of the Chinese market, Coles has decided that premium cuts would sell well in the Asian country.

“Our primary focus will be beef and lamb, but over time you will see us selling some oat products… a bit of milk powder… We will start small and grow it into a sizeable business. It is a serious commitment from the Coles business to open an office in Shanghai… rapidly expanding into China is not the priority,” export boss Thinus Keeve said to Daily Mail.

At present, Coles exports US$400 million worth of meat to other countries. Australia’s meat exports to China have spiked this year due to the swine epidemic impacting the local pork industry. Some experts predict the boom in Australian exports will die off once China’s pork industry recovers. Beijing lifted a ban on Canadian beef imports recently to meet local demand, which would strengthen competition in the market.