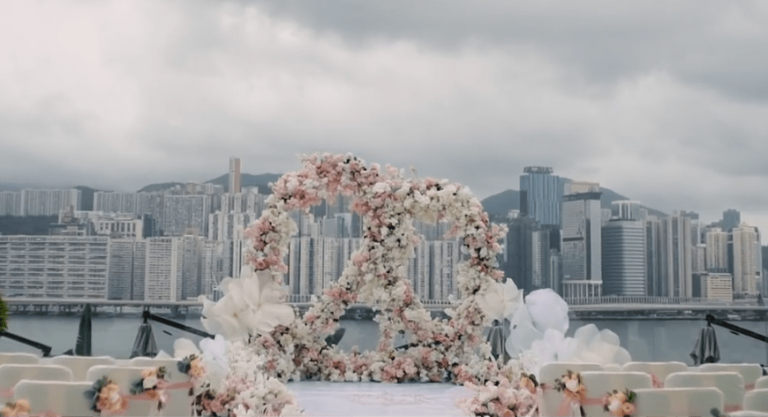 Businessmen in the Hong Kong wedding industry have cancelled wedding reservations of any Hong Kong police officers who had made bookings with them. (Image: Screenshot via YouTube)

In the past five months, the abuse of power and violence perpetrated by the Hong Kong police in the name of cracking down on protests has become increasingly serious and is now affecting Hong Kong’s wedding industry.. This has intensified the polarization of the views between the people and the Hong Kong government However, the Hong Kong government has been refusing peoples’ appeals on the grounds that the IPCC (Independent Police Complaints Council) is in operation.

On November 8, hundreds of businessmen in the Hong Kong wedding industry jointly issued a statement announcing the cancellation of the reservations of any Hong Kong police officers who had made bookings with them and again called for the establishment of an independent investigation committee to thoroughly probe the police violence.

On the evening of November 8, a group of about 279 photographers and makeup artists from the Hong Kong wedding industry issued a joint statement criticizing the police violence and announced they would not accept police wedding reservations until the Hong Kong Government sets up an independent investigation committee to investigate the misconduct. They stated that they are driven by their consciences in the face of the excessive police force, arrests, and abuse of Hong Kong citizens. They said: “Unfortunately it has come to the point where it is no longer viable for us to provide our genuine blessing to any clients from the police force during their weddings.”

The statement mentioned the tear gas hanging in the streets, shopping malls, and even wedding venues in the past few months. It shows that the tear gas is symbolic of the fear, suffering, and even blood of the public, and the police behavior is out of control. The emergence of a large number of abuse cases, arrests, and violence has made Hong Kong people, who have always believed in and supported the rule of law in Hong Kong, object.

Hence, the wedding practitioners decided that they would not accept any appointments for any festive programs of police officers before the establishment of the independent investigation committee. They hope that different classes, industries, and identities in Hong Kong can join together to boycott police appointments.