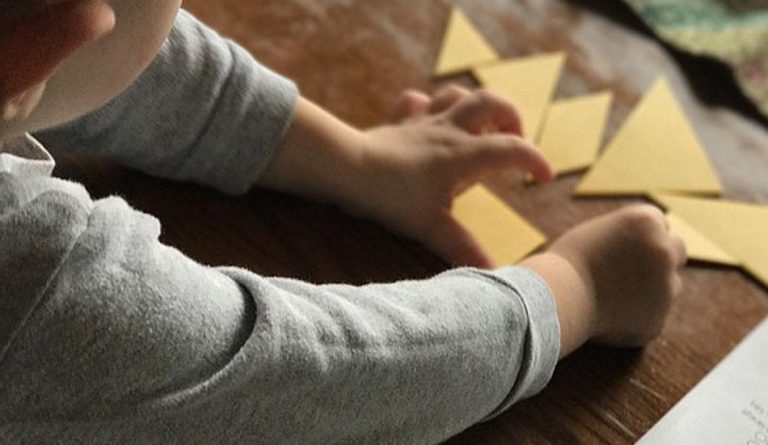 Of all puzzle games to have come out of China, tangram is one of the most popular. (Image: via Max Pixel)

Of all the puzzle games to have come out of China, tangram is one of the most popular. When it was first introduced into Europe in the 19th century, it became a craze among the local population. Although it appears simplistic, the creativity and analysis that goes into solving the puzzle make the game appealing even to this day.

“A tangram is made up of two big triangles, one medium triangle, two small triangles, one square, and one parallelogram. With this many shapes to work with, the pieces can be assembled into an almost infinite number of different configurations. In fact, in the 1800s alone when tangrams initially became popular, people came up with more than 6,500 configurations,” according to Study.com.

Tangram is believed to have originated during the Northern Song Dynasty (960-1127 ) when a popular calligrapher named Huang Bosi created a set of seven rectangular tables and a collection of diagrams that showed how these tables could be creatively arranged. Bosi called them “banquet tables” as the set was supposed to be used to entertain guests at banquets. During the Ming Dynasty (1368-1644),  Bosi’s tables inspired the creation of the “Butterfly Tables,” which had 13 tables in total that came in six shapes and sizes. A simplified version of the Butterfly Tables became popular in the 15th century. It is this one, with its seven pieces, that eventually became famous as the tangram.

In the early 1800s, the tangram puzzle came to America. It then went to England and spread to Europe, where the masses took a huge liking to it. Tangrams made from exotic materials like tortoiseshell, glass, etc., were in huge demand in Europe. A big reason for the popularity of the puzzles is usually attributed to the rules of the Catholic Church during Sabbath. The Church strictly forbade many types of recreation on such days. However, the church never objected to the tangram. In Germany, the game was introduced in 1891 under the name “The Anchor Puzzle.” During the First World War, it was popular with soldiers on both sides of the war.

Tangrams are said to be an excellent game for children. “They can be used to develop problem-solving and logical thinking skills, perceptual reasoning (nonverbal thinking skills), visual-spatial awareness, creativity, and many mathematical concepts such as congruency, symmetry, area, perimeter, and geometry. Most crucially, perhaps, is the change of perspective of maths being something boring to becoming a creative and fun activity,” according to Catherine Hallissey, a child psychologist.

You can also create tangram puzzles for yourself. All you need is some cardboard, colored paper, scissors, and glue. On an 8-inch by 8-inch piece of cardboard, draw five lines as shown here. Cut along the lines and you will get seven shapes. Take some colored paper and glue it over one of the sides of the shapes and you are all ready to play.