How the CCP Propagandizes to Mislead Minds 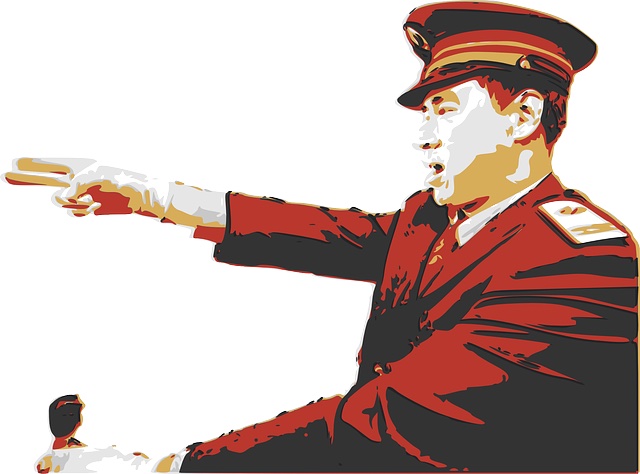 The CCP's style of propaganda. (Image OpenClipart-Vectors via Pixabay)

In June this year, a young village leader from Guangxi by the name of Huang Wenxiu died in a flash flood. The Chinese Communist Party (CCP) designated her as a “national outstanding CCP member,” showing how the CCP propagandizes by eulogizing Huang as a figure who should be celebrated as an ideal by China’s younger generation.

The CCP propagandizes through heroes

“Learn from Huang Wenxiu… Be brave enough to shoulder responsibilities and willing to show dedications, so as to make new and greater contributions in the Long March of the new era,” Xi Jinping said in a statement (The Washington Post). Anyone with good enough knowledge about China would understand that the CCP was building up Huang as a hero for the masses, a figure that the people could connect to and get inspired. However, the CCP’s usage of heroes and morals is radically different from traditional Chinese and Western ideas about these themes.

When one talks about heroes, concepts like sacrifice and courage pop up. Traditional Chinese ideas of heroes involve people cultivating their individuality and protecting the weaker sections of society. Though a hero in the Confucian model might accept the social hierarchy, he does so out of a desire to protect and do good deeds for the people. The CCP’s idea of a hero is basically a person who sacrifices their individual identity for the sake of the Party. Independent opinions are abhorred by the communists, something that is contrary to the dictates of Confucian or Taoist thought, where a person is said to only understand morality when he engages in self-contemplation.

In Western societies, a hero is defined as someone with the courage to stand up and voice their opinion proudly. This is also in direct opposition to the CCP’s definition of a hero. Imagine the character “V” from the movie V for Vendetta being depicted as someone who tries to live by the rules of the dictatorial government. Would the story and the character be a hit with the audience? Certainly not. Blindly obeying the rules of a government without proper reason is seen as unethical and weak in the West. But in the CCP’s China, it is seen as an admirable quality and something to be praised.

Huang was a party secretary in a remote village who was on a mission to help 100 households out of poverty.  After her death, state media began elevating her as a hero, focusing on how she sacrificed much of her life for the welfare of the people. While Huang’s efforts for the welfare of the town are certainly worthy of admiration, the disturbing fact is that a major focus of most praises kept emphasizing that she was a Party member.

Why is this important? If Huang was not a Party member, would the state not have celebrated her? Xi Jinping noted that Huang dedicated her “beautiful youth” to the Chinese Communist Party. This is the underlying problem with the CCP’s definition of heroes and morality — it constantly projects only Party supporters as torchbearers of morality. Huang’s actions have a moral basis independent of the Party. Even if she were not a Party member, Huang will likely have pursued a similar path in life where she could have been useful to society. By constantly linking the Party to the good deeds of Huang, Beijing is trying to create a notion that the Party is morality and there is no morality outside of the Party.