Taiwan Warns of Possible Attack if China’s Economy Slows Down 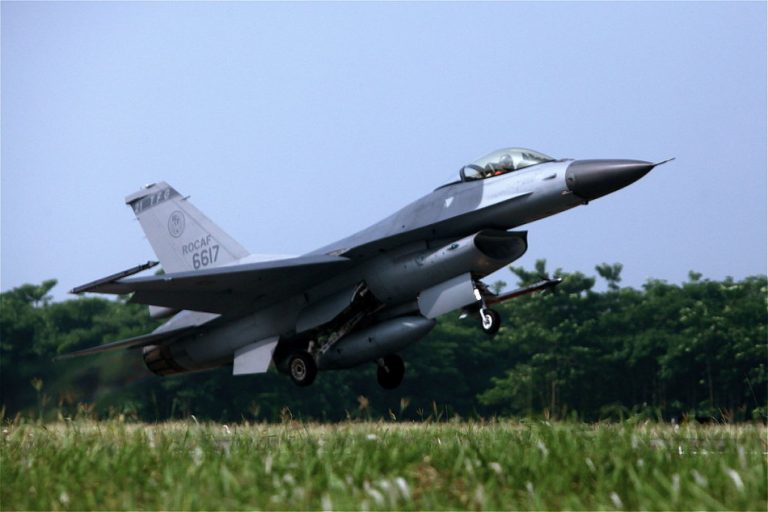 While there is no sign of an immediate invasion of Taiwan, the country is preparing for war and this may make Beijing less inclined to launch a full-blown offensive. (Image: Flickr)

In recent times, China has been aggressively suggesting the possibility of “reunifying” Taiwan with China. However, the ongoing protests in Hong Kong have only strengthened Taiwan’s resolve to remain independent of China, something that Beijing sees as an insult to its “One China” plan. Joseph Wu, the foreign minister of Taiwan, believes that China might launch a military invasion against his country.

“If the internal stability is a very serious issue, or economic slowdown has become a very serious issue for the top leaders to deal with, that is the occasion that we need to be very careful… We need to prepare ourselves for the worst situation to come … military conflict… Perhaps (President) Xi Jinping himself is called into question of his legitimacy, by not being able to keep the Chinese economy growing… This is a factor that might cause the Chinese leaders to decide to take an external action to divert domestic attention,” Wu said in an interview with Reuters (The Japan Times).

Wu believes that the Hong Kong protests have made Taiwanese people realize that the ‘one country, two systems’ framework being offered by China is flawed and won’t protect their freedoms. He vowed to help the people of Hong Kong in their fight for democracy and promised that Taiwan will offer assistance to protestors on an individual basis. However, Wu stressed the fact that Taiwan will not intervene directly in the protests. He acknowledged that China’s efforts to alienate Taiwan internationally by snatching away its diplomatic allies pose a big problem.

Based on just sheer numbers, China easily outranks Taiwan militarily. While China has more than a million people in ground forces, Taiwan only has about 140,000 people in its military. China also has far more tanks, jets, artillery, destroyers, and tank loading ships than Taiwan. However, Taiwan has one thing that China is afraid of — the support of America. Though it is not sure that the U.S. would militarily assist Taiwan in case of a Chinese invasion, the possibility of such a scenario is enough to keep Beijing’s military designs on the island nation in check.

Plus, attacking Taiwan will affect China’s reputation. “China will be seen as the bad guy in the neighborhood, who uses force… It will alienate some regional partners and the goodwill which China has been trying to build over the years will evaporate,” Collin Koh Swee Lean, a research fellow at the S. Rajaratnam School of International Studies’ Maritime Security Program in Singapore, said to CNN.

Taiwan’s National Communications Commission (NCC) has banned the sale of three Huawei smartphones after the models listed the country as “Taiwan, China” in its contacts and time zones. Until the company tweaks its operating systems and lists the island nation as “Taiwan,” the ban will remain in effect.

“The labeling in these phones does not reflect the facts and has even hurt the dignity of our country… [the commission has] taken strict measures to maintain national dignity,” NCC said in a statement (Business Standard).

If Huawei refuses to change the wording, NCC will permanently ban the sale of all three models. Distributor Xunwei Technologies is apparently in talks with Huawei to resolve the issue. Earlier, Huawei was criticized by the mainland media for not labeling cities like Taipei and Macau as part of China.