Using AI to Predict Where and When Lightning Will Strike 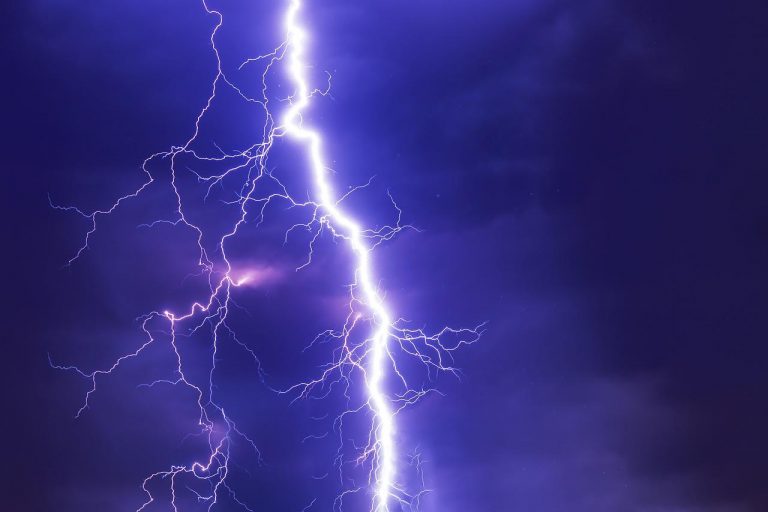 Not long after the completion of the bridge, the boy, who was left exhausted from the monumental task, was struck by lightning and died. (Image: via pixabay / CC0 1.0)

Lightning is one of the most unpredictable phenomena in nature. It regularly kills people and animals and sets fire to homes and forests. It keeps aircraft grounded and damages power lines, wind turbines, and solar panel installations.

However, little is known about what triggers lightning, and there is no simple technology for predicting when and where lightning will strike the ground. At EPFL’s School of Engineering, researchers in the Electromagnetic Compatibility Laboratory, led by Farhad Rachidi, have developed a simple and inexpensive system that can predict when lightning will strike to the nearest 10 to 30 minutes, within a 30-kilometer radius.

The system uses a combination of standard meteorological data and artificial intelligence. The research paper has been published in Climate and Atmospheric Science, a Nature partner journal. The researchers are now planning to use their technology in the European Laser Lightning Rod project.

Amirhossein Mostajabi, the Ph.D. student who came up with the technique, explained:

“Current systems are slow and very complex, and they require expensive external data acquired by radar or satellite.

“Our method uses data that can be obtained from any weather station. That means we can cover remote regions that are out of radar and satellite range and where communication networks are unavailable.”

What’s more, because the data can be acquired easily and in real-time, predictions can be made very quickly — and alerts can be issued even before a storm has formed.

The EPFL researchers’ method uses a machine-learning algorithm that has been trained to recognize conditions that lead to lightning. To carry out the training, the researchers used data collected over a 10-year period from 12 Swiss weather stations, located in both urban and mountainous areas.

Four parameters were taken into account: atmospheric pressure, air temperature, relative humidity, and wind speed. Those parameters were correlated with recordings from lightning detection and location systems. Using that method, the algorithm was able to learn the conditions under which lightning occurs.

Once trained, the system made predictions that proved correct almost 80 percent of the time. It can now be used anywhere.

This is the first time that a system based on simple meteorological data has been able to predict lightning strikes through real-time calculations. The method offers a simple way of predicting a complex phenomenon.

The aim of the European Laser Lightning Rod project is to develop systems to protect against lightning strikes. The project, which was launched in 2017, involves sending multi-terawatt short laser pulses into the atmosphere during a storm in order to trigger lightning, guiding it towards a specific location and away from vulnerable areas.

Watch this video of the Laser Lighting Rod project:

The EPFL researchers will contribute to this project using their machine-learning-based method to predict when and where lightning strikes will occur.

Provided by: Ecole Polytechnique Federale de Lausanne [Note: Materials may be edited for content and length.]