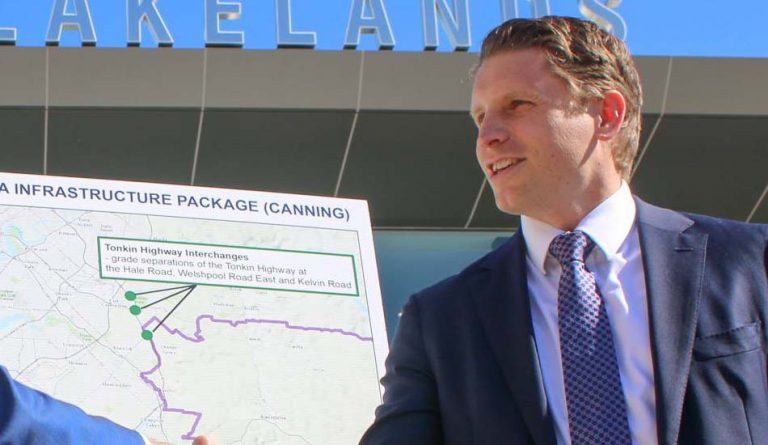 Andrew Hastie has been banned from China for supporting Hong Kong protests and the Uyghur cause. (Image: via Wikimedia Commons)

China has banned two Australian politicians from entering the country — Senator James Paterson and Liberal MP Andrew Hastie. Both of them were due to visit Beijing as part of a study tour organized by the think tank China Matters. However, they were recently notified that their visas have been denied by the Chinese government.

“Andrew and I have been outspoken about Hong Kong, about the Australian citizen detained in China, Dr. Yang Hengjun, about the situation with the Uighurs in Xinjiang province and a number of other matters… I can only assume the criticism Andrew and I have made of the Chinese Communist Party, that is why we are not welcome in China,” Senator Paterson said to SBS.

Paterson expressed disappointment at being denied a firsthand opportunity to observe Chinese culture and the politics of the region. A spokesperson from the Chinese embassy termed the criticisms of the politicians as a “challenge to China’s sovereignty” and stressed that the colonial days of Western powers are long gone. He also indicated that the MPs may be allowed to travel to China if they apologize for their anti-Beijing statements.

In an article in The Australian, Wang Xining, deputy to China’s ambassador to Australia, accused the two politicians of not showing respect to his nation. “Understanding truth succumbs to being politically right. A people said to be audacious and adventurous like kangaroos are scared of stepping out of the comfort zone of ideas and thinking… They had tossed rounds of insult and pressure and showed no respect for the nation of which they are knocking at the door,” he said in the article (Daily Mail).

Interestingly, Wang went on to claim that people in his country would “laugh out loud” if they were told that the MPs were banned from visiting China because Beijing is incapable of handling criticism. This actually seems quite funny coming from a country that has the strictest censorship laws in the world and is not even a democracy. After all, if Beijing isn’t afraid of criticism, why ban Paterson and Hastie? Why not invite them for a public debate where the Chinese people can hear both sides about the Hong Kong and Uyghur issues?

The only answer is that Beijing is indeed fearful of any criticism against its policies. It only wants to project an image internationally that Chinese citizens are happy under their rule. Wang also criticized a strategic forum held recently that focused on the topic of Australia’s relationship with China. He asked Australians to study Mandarin so as to develop closer ties with the country’s biggest trading partner.

Duncan Lewis, the recently retired chief of the Australian Security Intelligence Organization (ASIO), has warned that China is seeking to take over the Australian political system and that anyone in office could end up being a target. In addition to politics, China is also aiming at gaining control over media and business circles.

“Espionage and foreign interference is insidious… Its effects might not present for decades and by that time it’s too late… You wake up one day and find decisions made in our country that are not in the interests of our country… [covert foreign intrusion into the heart of Australian politics is] something we need to be very, very careful about,” he said in an interview with Quarterly Essay (The Sydney Morning Herald).

As an example, Lewis pointed to the case of Sam Dastyari, a former Labor senator who was forced to quit the parliament in 2017 after reports suggested that he was working for Chinese interests in Australia. Lewis is worried about the funding of political parties and wants a mechanism that will make them free from foreign influence.