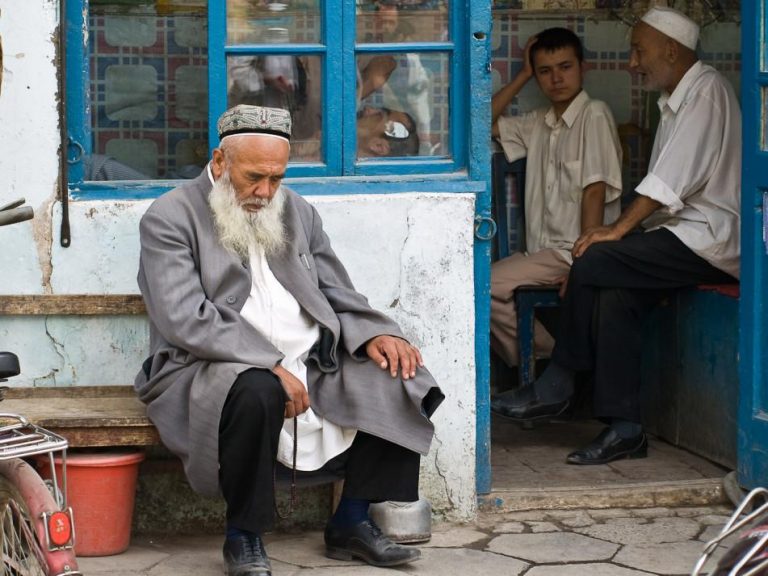 According to new research by a U.S.-based group, the number of Uyghurs being detained by the Chinese communist government could be well over 3 million. (Image: Gusjer via flickr CC BY 2.0 )

Up until now, it was estimated that the Chinese communist government had detained almost a million Uyghurs in internment camps. But according to new research by the East Turkistan National Awakening Movement, a U.S.-based group that seeks independence for Xinjiang, the real number could be well over 3 million.

The group has identified close to 182 possible concentration camps where Uyghurs have been detained. Plus, it utilized Google Earth imagery and spotted about 209 more prisons and 74 labor camps. “In large part, these have not been previously identified, so we could be talking about far greater numbers [of people detained]… If anything, we are concerned that there may be more facilities that we have not been able to identify,” Kyle Olbert, the director of operations for the movement, said in a statement (SBS).

Anders Corr, a former American intelligence officer who acted as an advisor for the group during the research, believes that up to 40 percent of the detainment camps have not been identified by international agencies. Given that the Xinjiang region is home to about 20 million Uyghurs, the detainment of 3 million of them only goes to show the scale of Beijing’s crackdown on the community.

Recently, a group of state documents was leaked to The New York Times that instructed Chinese officials on how to deflect criticism and questions on the Uyghur repression. The documents advise the officials to liken the detained person’s mental state to a contagious disease like SARS. Then they are instructed to say people in both situations need to be quarantined for proper treatment.

When Uyghur students ask where their detained relatives are, the officials answer that their loved ones are at a “training school” established by the government. The students are warned that their relatives have come under the harmful influence of religious extremism and that only the state can correct it. Without the state, the relatives would have “violent terrorist thoughts” that could result in severe consequences should they act on the impulses. The officials ask the students to be grateful their relatives are getting this “free education.”

Perhaps the most chilling document is the one that records a secret speech given by Chinese President Xi Jinping in which he dehumanizes the Uyghurs. “The methods that our comrades have at hand are too primitive… None of these weapons is any answer for their big machete blades, ax heads, and cold steel weapons… We must be as harsh as them… and show absolutely no mercy,” Mr. Xi said in the talk, after inspecting a counterterrorism police squad in Urumqi (The New York Times).

The U.S., along with 22 other nations, recently criticized China’s treatment of the Uyghur minority at the United Nations. Beijing’s ambassador to the UN, Zhang Jun, warned the U.S. that meddling in China’s internal affairs could derail the trade talks.

“It’s hard to imagine that on the one hand you are trying to seek to have a trade deal, on the other hand you are making use of any issues, especially human rights issues, to blame the others…. I do not think it’s helpful for having a good solution to the issue of trade talks,” he said in a statement (The Guardian).

The U.S. recently expanded its trade blacklist to include some of the top AI and tech companies in China that have been identified to have played a role in the repressive campaign against the Uyghurs. Secretary of State Mike Pompeo has spoken out against Beijing’s harassment of Uyghur families and asked that the state stop such activities.