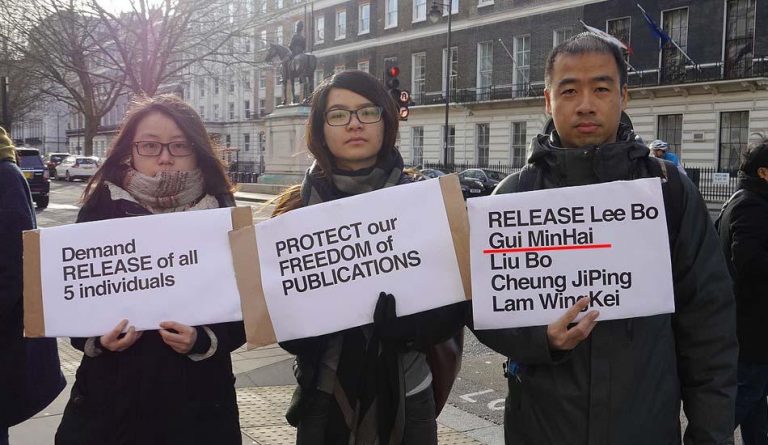 Sweden’s culture minister recently awarded the Tucholsky Prize to Chinese author and activist Gui Minhai despite threats from Beijing that such an act would trigger “serious consequences.” Gui is currently under detention in China. He has written dozens of books that criticize the Chinese Communist Party (CCP), its ideology, policies, and the people associated with the Party.

When it was announced that Gui would receive the Tucholsky Prize, the Chinese embassy in Stockholm called it a “farce” and a “mockery of genuine freedom of speech.” It argued that the award had a political agenda and is driven by hatred against China. The embassy warned that those who give the award to Gui will “suffer the consequences” of their actions.

When Swedish PM Stefan Löfven was asked about China’s warning, he stressed that his country will never succumb to such threats. “Let’s see what possible consequences this may have… But we stand up for freedom of expression in Sweden. That’s how Sweden is built and that’s how we should have it,” he said in an interview with Swedish broadcaster SVT (The New York Times).

This is also the first time that China has directly threatened the Swedish government, which highlights how much importance Beijing places on Gui’s recognition. In January, Gui’s daughter, Angela Gui, was threatened by two Chinese officials in Sweden who asked her to stop speaking about her father in the media. Sweden’s ambassador to China, Anna Lindstedt, was also involved in trying to convince Ms. Gui to accept the Chinese proposal. The Swedish government removed Lindstedt from her position and put her under investigation.

The Tucholsky Prize is given by the Swedish section of PEN International, a worldwide association of writers. It is named after the famous German writer Kurt Tucholsky, who had to flee his country and settle in Sweden due to Nazi threats. The award is presented on an annual basis to exiled or persecuted writers. Its previous recipients include Nobel laureate Svetlana Alexievich from Belarus and Booker prize winner Salman Rushdie from India.

Gui was born in the Chinese province of Ningbo in 1964. He graduated from Peking University and completed the doctoral program at a Swedish university. During his study in Sweden, he fell in love with the country and the freedom it gave him. As a result, Gui renounced his Chinese citizenship and became a naturalized Swedish citizen.

In 2006, Gui established several publishing companies in Hong Kong that focused on the political climate in the mainland. Over the course of 10 years, he went on to write about 200 books that were based on people like Xi Jinping and the overall functioning of the Communist Party. His books were outlawed in China. To avoid being tracked or caught by the Chinese regime, Gui always kept his movements secret and even routed telephone calls through foreign countries.

In October 2015, Gui suddenly disappeared. None of his friends could identify where he was. In January 2016, it was revealed that Gui was under detention due to suspected links to a traffic accident case in 2003 that had killed a schoolgirl. A video confession in which Gui expressed remorse over his manslaughter charge was broadcast on state media.

Reporters Without Borders, an organization that promotes freedom of the press, condemned the video, accusing China of forcing Gui to confess falsehoods. The fact that he was kept in detention and not allowed to speak to the outside world strengthened the argument of a forced confession. Surprisingly, Gui was released in October 2017. However, he was again captured a few months later in January.

In 2019, the Australian Strategic Policy Institute analyzed Twitter accounts that were banned by the company for spreading misinformation about the Hong Kong protests. They found that these accounts were controlled by the Chinese government and had also targeted Gui Minhai.