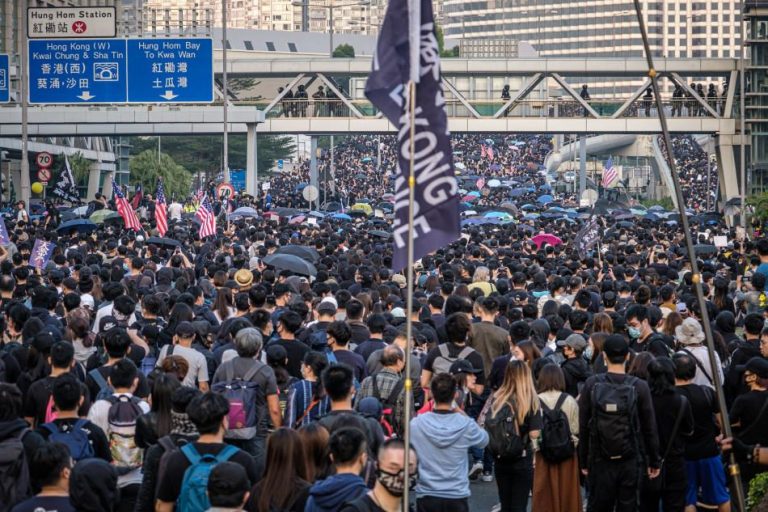 The protests in Hong Kong aim at limiting Beijing’s influence in the city, but there is a possibility that the Chinese Communist Party (CCP) could use them as a tool to increase its hold over the region. (Image: Studio Incendo via flickr CC BY 2.0 )

Though the protests in Hong Kong aim at limiting Beijing’s influence in the city, there is a possibility that the Chinese Communist Party (CCP) might actually use them as a tool to increase its hold over the region. At the recently concluded Central Committee plenum, the Party proposed plans to set up a “sound” legal system in Hong Kong.

Basically, the CCP is seeking to expand its powers in selecting HK leaders as well as training civil servants and students. “[The Party] will not tolerate any act of splitting the country or endangering national security, and resolutely prevent and contain external forces from interfering in Hong Kong and Macau affairs and carrying out separatist, subversive, infiltration, or destructive activities,” Shen Chunyao, a parliament official at the plenum, said in a statement (Reuters).

According to Hong Kong Basic Law, the Chief Executive shall be selected through “universal suffrage upon nomination by a broadly representative nominating committee.” The CCP is likely to seek a legal interpretation of the Basic Law that aligns with its aim of gaining complete control over leadership appointments in Hong Kong.

This might be done by focusing on Article 23 of the Basic Law, which requires that “the Hong Kong Special Administrative Region ‘enact laws on its own to prohibit any act of treason, secession, sedition, subversion against the Central People’s Government.’ It would also forbid foreign political organizations or bodies from conducting political activities in Hong Kong and ban Hong Kong political bodies from forging ties with foreign political organizations,” according to The Epoch Times.

This would change the current democratic system of leader selection in Hong Kong into something that is similar to that of China. In the mainland, no political opposition is allowed. Those speaking against the government are put in jail, which includes people who support democratic values, human rights, labor activists, religious believers, and so on.

In fact, Hong Kong has already started to mimic the mainland’s political policies with its censorship of anti-Beijing individuals. Popular pro-democracy activist Joshua Wong was recently prevented from running for election as a local councilor. Moving forward, increasing Chinese government influence in leadership selection will ensure that whatever “democracy” exists in Hong Kong is present only in name. After all, if Beijing decides who should run in elections and who should be the leader, there is literally no value to the election system.

Beijing sees “lack of discipline” among civil servants as a problem. The fact that many of them have supported the protests is seen as a risk by the CCP. As such, greater control over the administrative and legal systems of Hong Kong will essentially mean the criminalization of any pro-Hong Kong activity that seeks to assert the independence of the city. Civil servants who support such activities can be subject to severe penalties and may even be booted from their jobs.

Education reforms are also being proposed so that young people of Hong Kong will have an “increased awareness” of the nation and patriotism. This will be aimed at brainwashing the students to keep them loyal to the CCP so that student-led movements against Beijing are rooted out. Back in 2012, there was an attempt at introducing “patriotic education,” a move that was eventually shelved after strong protests. But now, Beijing seems to be determined to implement such education, as it is deemed necessary to keep Hong Kong loyal to the mainland.