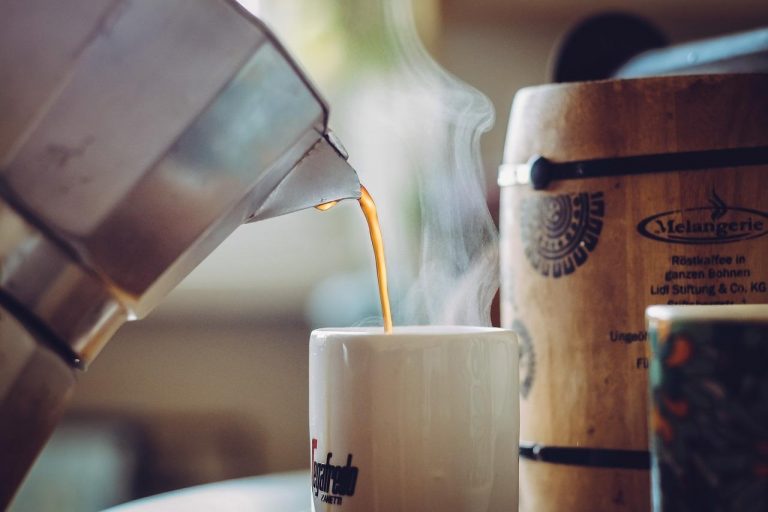 Coffee is one of the most commonly consumed beverages worldwide. Previous research has shown there are many health benefits associated with drinking coffee, which may be due to its high levels of antioxidants. (Image: coyot via Pixabay)

A research team from Queen’s University Belfast, UK, has found that coffee drinkers have a lower risk of the most common type of liver cancer, hepatocellular carcinoma (HCC). The results have been presented at the National Cancer Research Institute (NCRI) conference in Glasgow this week and were published in the British Journal of Cancer earlier this year.

Coffee is one of the most commonly consumed beverages worldwide. Previous research has shown there are many health benefits associated with drinking coffee, which may be due to its high levels of antioxidants. The study took place in the UK over 7.5 years and looked at the coffee-drinking habits of 471,779 participants in the UK Biobank, one of the largest studies of middle-aged individuals in the world.

The research team’s overall findings suggested a reduced risk of hepatocellular carcinoma, the most common form of liver cancer, in coffee drinkers compared to those who did not drink coffee. Dr. Úna McMenamin, a researcher from the Centre for Public Health at Queen’s University Belfast and co-author of the study, said:

“This is one of the first studies to investigate the risk of digestive cancers according to different types of coffee and we found that the risk of HCC was just as low in people who drank mostly instant coffee, the type most commonly drank in the UK.

“We need much more research to determine the possible biological reasons behind this association.”

Over three-quarters of participants reported drinking coffee and compared to those who did not drink coffee, drinkers were more likely to be older, male, from less deprived areas, and have higher education levels. They were also more likely to be previous or current smokers, consume higher levels of alcohol, have high cholesterol, and were less likely to have chronic conditions such as diabetes, cirrhosis, gallstones, and peptic ulcers compared with non-coffee drinkers.

After taking these factors into account, the researchers found that coffee drinkers were 50 percent less likely to develop HCC compared to those who did not drink coffee. Lead author Kim Tu Tran, a postgraduate research student from the Centre for Public Health at Queen’s University Belfast, said:

“People with a coffee-drinking habit could find keeping that habit going is good for their health.  That is because coffee contains antioxidants and caffeine, which may protect against cancer.

“However, drinking coffee is not as protective against liver cancer as stopping smoking, cutting down on alcohol or losing weight.”

The findings for liver cancer are consistent with the evidence from the World Cancer Research Fund’s report that concluded that there is “probable” evidence to suggest that coffee drinking lowers the risk of liver cancer. The rates of liver cancer have risen by 60 percent in the UK in the last decade.

The Queen’s University researchers also investigated other digestive cancers, such as bowel and stomach, but found no consistent links with coffee drinking.

Provided by: Queen’s University Belfast [Note: Materials may be edited for content and length.]