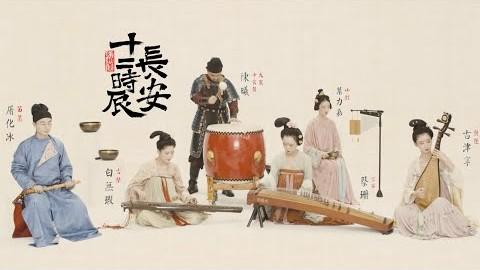 Using music as a medical therapy has a long history in Chinese medicine. (Image: via Nspirement)

Using music therapy has a long history in Chinese medicine. In fact, the first medical text on the subject, called The Yellow Emperor’s Classic of Medicine, was written about 2,300 years ago. Modern research into the practice has provided evidence to support the efficacy of Chinese musical therapy.

According to Chinese medicine, all the elements of nature are composed of five substances — earth, water, fire, wood, and metal. These five elements have various corresponding aspects, like internal body organs, seasons, musical notes, color, and so on.

“Classical Chinese music was composed from five notes or sounds — jiao, zhi, gong, shang, and yu — and was performed on classical Chinese musical instruments such as drum, gong, flute, and zither. Chinese medicine uses the relationship between internal organs and five-element correspondences, such as musical notes, to achieve different healing purposes,” according to Edge Magazine.

Music belonging to the jiao scale has the ability to soothe liver qi. Zhi music regulates qi and blood flow while expelling cold and invigorating the heart yang. Gong music strengthens the stomach and spleen. It improves the ascending and descending dynamic of middle jiao, which represents everything between the umbilicus and diaphragm. The music of shang controls water metabolism and strengthens the purifying effects of the liver. Finally, yu music is believed to consolidate qi, improve intelligence, prevent aging, and maintain the health of kidneys.

A 2017 study looked into the effects of Chinese musical therapy on post-stroke depression. Ninety-two patients participated in the study and were divided into three groups — group A, group B, and the control group. In addition to regular medication, group B was given music therapy in line with the suggestions of traditional Chinese medicine two times a day. The Hamilton’s Depression Scale (HAMD-17) and Activities of Daily Life (ADL) of all the participants were measured before and after being provided with their treatment.

Another study evaluated how Chinese musical therapy can benefit people in advanced stages of cancer. The subjects were divided into three groups — one that listened to Western music, one that was never exposed to music, and a third group that heard Chinese music. Karnofsky Performance Score (KPS) and Hospice Quality of Life Index-Revised (HQOLI-R) scores of patients that were given Chinese musical therapy were better than the other two groups, leading researchers to conclude that the ancient system of well-being can be beneficial even today.