How the US Uses Palantir Surveillance Technology to Track Undocumented Families 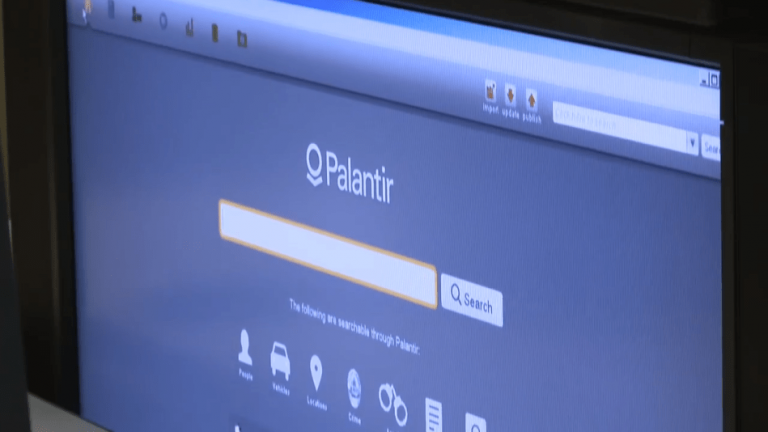 Palantir Technologies is a company from California founded by Peter Thiel that specializes in big data analysis. (Image: Screenshot / YouTube)

Palantir Technologies is a company from California that specializes in big data analysis. Founded by Peter Thiel, the company has been the center of controversy for selling software that allows the U.S. administration to track undocumented families.

In California, Palantir’s technology enables police to track down people using just a name linked to a license plate. By using an automatic license plate reader, the police can gain information about all the places the particular vehicle has visited. By using the name, they can find out information like home address, email address, phone number, bank accounts, social security number, height, weight, eye color, and business relations. The software has the ability to map out the family connections of a person together with all the basic information about these people. Palantir’s services are used in about 300 police departments across the state.

In August, the Immigration and Customs Enforcement (ICE) agency renewed its contract with Palantir. The company provides the Investigative Case Management System that is used by the department for raids and deporting undocumented people, as well as to build a case against them in court. Back in 2017, the program helped ICE make over 400 arrests in an operation that targeted sponsors who pay people for smuggling children into the U.S. The software is an essential component used by the enforcement division to arrest parents or other adult family members of unaccompanied children.

Once ICE collects sufficient details regarding the adults who might have paid for a child’s journey to the U.S., Palantir’s program helps officers communicate with each other and expand the scope of their investigation. “Teams will be available to immediately conduct database checks and contact suspected sponsor/parent or family members to identify, interview, and if applicable, seek charges against the individual(s) and administratively arrest the subjects and anybody encountered during the inquiry who is out of status,” an ICE document states (The Bulletin).

Since Palantir helps the U.S. government track and deport illegal immigrants, they are usually seen as an “outsider” in the pro-left Silicon Valley where people usually want to support these undocumented individuals. The company’s CEO, Alex Karp, is well aware of all the hate directed against his firm by other tech companies and left-leaning activists. But this does not bother him at all. “Silicon Valley is telling the average American ‘I will not support your defense needs’ while selling products to countries that are adversarial to America… That is a loser position,” he said to CNBC.

Even other companies that are linked with Palantir have been targeted by immigration activists, with Amazon being chief among them. Palantir uses Amazon’s cloud services to keep its program online and accessible by its clients. Last year, over 450 employees signed a letter written to Amazon CEO Jeff Bezos, asking that the company stop working with Palantir.