Matsu Archipelago Has the Highest Concentration of Military Tunnels 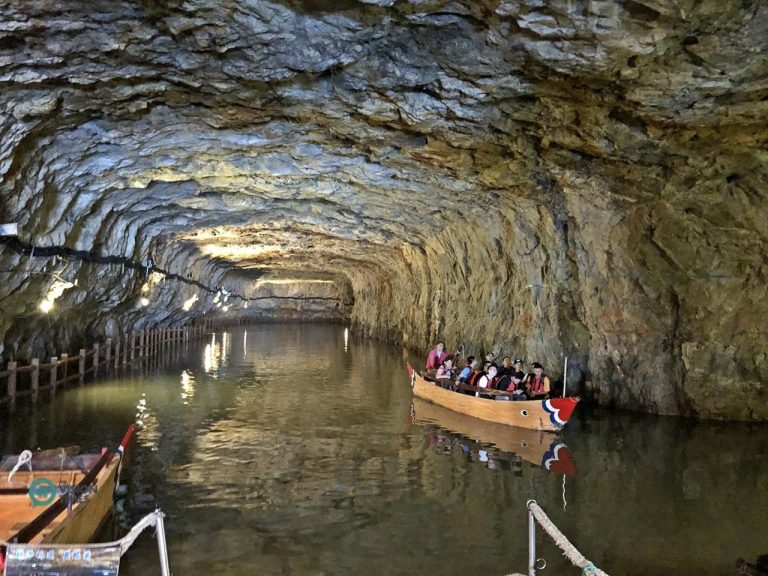 Small as it may be, the Matsu Archipelago (馬祖) has the highest concentration of military tunnels in the world. Named after the goddess Matsu (媽祖), it is an archipelago composed of six inhabited islands and 30 uninhabited islets in the northwest of Taiwan.

Though the Matsu Archipelago is small, with an area of only 29.6 km2 (11.4 mi2), there are numerous military installations that were constructed during the Cold War. According to the Lienchiang County Government (連江縣政府), an astounding 256 tunnels have been recorded, exclusive of those garrisoned by the military at present.

Located just 10 kilometers off the coast of China’s Fujian Province, the Matsu Archipelago is the nearest Taiwanese landmass to mainland China.

Due to the Matsu Archipelago’s geographical proximity to China, it used to be one of Taiwan’s major military outposts opposing the Chinese communist regime, following the central government’s retreat to Taiwan in 1949.

After the Matsu Archipelago returned to civilian rule in 1992, some of the tunnels and fortifications have been restored and opened to the public.

The Beihai Tunnel (North Sea Tunnel北海坑道) in Nangan is one of the most striking tunnels. Constructed by some 9,000 soldiers in three shifts from 1969 to 1971, the tunnel was dug deep into the heart of a granite hill.

It is 700 meters long, 18 meters high, and 10 meters wide, and the height of the water level inside the tunnel is eight meters at high tide and four meters at low tide. The amazing Beihai Tunnel used to serve as an underground wharf for supply boats, and it could accommodate over 120 landing craft at the same time.

Tunnel 88 (八八坑道) is another iconic tunnel of Nangan. Dug into granite, the tunnel is 273 meters in length. It was named Tunnel 88 to commemorate Generalissimo Chiang Kai-shek’s 88th birthday when the tunnel’s reconstruction work was completed in 1974.

The tunnel has been used to store Matsu Winery’s wine and Kaoliang spirits since 1992. There are two rows of clay wine pots stacked up on the two sides of the main entrance and is one of the most photographed spots in Nangan.

The Dahan Stronghold (大漢據點) is roughly opposite the Beihai Tunnel. It was completed in 1976, renovated in 2006, and opened to the public in 2007. The Stronghold’s tunnel is about 1.5 meters wide, 2 meters high, and 430 meters long.

The Stronghold has three levels. The upper level was the company headquarters, the middle level served as living space and a reserve machine gun emplacement, and the bottom level contained four 90mm anti-aircraft gun emplacements, a briefing room, an assembly hall, and storerooms.

The Iron Fort (鐵堡) is one of the most popular military attractions in the Matsu archipelago. Constructed in a coral rock and covered with cement painted in camouflage colors, the Iron Fort is seemingly a prominent rock projection protruding into the sea.

Inside the tunnel, there is a soldier’s living area, a machine gun and artillery emplacements, an arsenal, a meeting room, a toilet, and a kitchen. There are also glass shards embedded on the surface of the coral rock to prevent mainland frogmen from conducting a surprise attack at night. The Iron Fort was the only fortification that had an exclusive structure to house military dogs with ranks.

There are also some other fortresses in the Matsu Archipelago that have been restored and turned into tourist sites. Take for instance Checkpoint 23 (西莒23哨) in Matsu’s Juguang (莒光).

This abandoned military structure has been renovated by Qingfan Community Development Association (青帆社區發展協會) since 2017. With various army flags, a replica carbine, a gas mask, and other military gear on display, Checkpoint 23 has become a popular spot for those who visit Xiju (西莒).

Among the 90-plus military fortifications in Nangan, the formerly abandoned Stronghold 12 (南竿12據點) has become a popular tourist destination with a nice cultural ambiance. Restored and decorated by Tsao Yi-hsiung, former director of the Lienchiang County Government’s Cultural Affairs Department, the tunnel of this military facility has been transformed into the cozy Thorn Bird Coffee & Bookstore (刺鳥咖啡書店).

With the café bookstore’s unique geographical location and breathtaking scenery, not only is it a popular destination for tourists, but it was also visited by Taiwan’s President Tsai Ing-wen in October.

Another popular old military tunnel is the Prayer Tunnel (祈福坑道) at the Matsu Religious Culture Park  (媽祖宗教文化園區) in Nangan. The tunnel is beneath the world’s tallest statue of the sea goddess Matsu, which is 29.6 meters high (identical to the total area of the Matsu Archipelago).

The tunnel is 332 meters long, but only 132 meters of it is opened to the public at present. After the tunnel was decorated with LED lights on the two sides and the stairs, the tunnel was brighter and warmer.

Additionally, to conform to local customs, a Matsu sedan chair was installed at the entrance of the tunnel, which has enhanced the religious ambiance and auspicious meanings of the tunnel.

Andong Tunnel (安東坑道) in Dongyin (東引) is another must-visit military installation in Mastu. With a total length of 641 meters, the tunnel penetrates through the mountain. There are 464 steps in the first 260 meters near the entrance, which gently slope downward at a 30-degree angle.

The tunnel was constructed in the 1970s, restored in 2002, and opened to the public in 2004. Today, visitors can still see the eight outlook holes leading to the seashore, and other facilities including arsenals, living quarters, assembly hall, and even a pigsty.