Belgian University Shuts Down Confucius Institute Due to Security Concerns 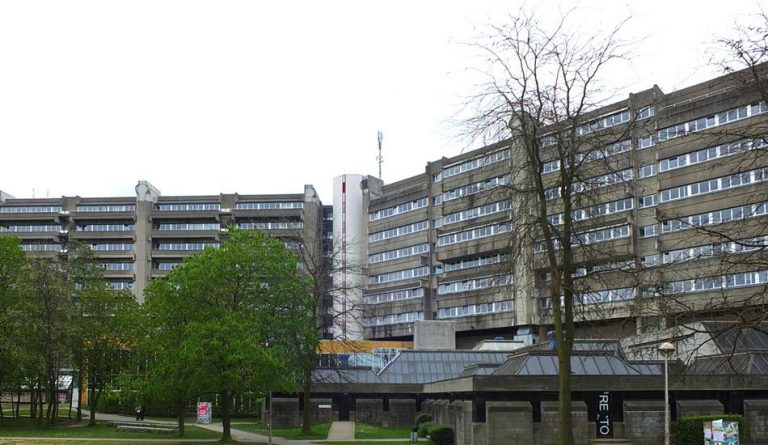 Vrije Universiteit Brussel (VUB) has announced its decision to shut down the Confucius Institute operating on its campus. (Image: Ad Meskens via wikimedia CC BY-SA 3.0)

Vrije Universiteit Brussel (VUB), one of the leading universities of Belgium, has announced its decision to shut down the Confucius Institute operating on its campus. Funded by the Chinese government, the institute has been mired in controversy after reports that its former head professor was conducting spy operations for Beijing.

Closing down the institute

“Students who are currently pursuing Mandarin lessons would be able to continue doing so next year. The university will, however, begin looking for new teachers who will be able to teach the courses previously taught by Confucius Institute. It will also seek a solution for the personnel members whose salaries are currently paid with Confucius Institute funds,” according to The Bulletin.

In October, Song Xinning, the former head of the institute, was accused by Belgian Intelligence Services of working as a recruiter for Chinese intelligence. Even though state security had warned the university about the Institute’s activities, VUB apparently ignored the warning. Song was eventually barred from entering the Schengen Area, a region that comprises 26 European nations, for a period of eight years.

Jonathan Holslag, who works as an international relations professor at VUB, expressed happiness on the university’s brave decision to cut ties with the Confucius Institute. “This should stand as an example for many European universities… It is also in the interest of Chinese students, because they are the main victims of the politicisation of academic exchanges and the suspicion that elicits,” he said to South China Morning Post.

According to the Chinese Ministry of Education, Confucius Institutes have been established in over 480 higher education institutions across the world. In Western nations, awareness about the dangers of these institutes is making universities end their contracts with them. But in places like Africa, which are underdeveloped and in desperate need of infrastructure, Confucius Institutes and Chinese educational systems are making headway.

For instance, Uganda is an African country that has 8 Confucius Institutes operating in multiple universities. Almost 17,000 people have been taught the Chinese language and ideologies through the institutes. The country’s government has even approved the Chinese language to be taught in secondary schools starting next year. Since the Chinese curriculum being taught in these schools and colleges is controlled by Beijing, only the Communist Party-approved version of history will be taught. Other African nations like Senegal are also quickly integrating Chinese educational systems into their society.

In February, Beijing proposed a new policy on education that highlighted the need to globalize Chinese education. “Optimise the regional distribution of the Confucius Institute, strengthen its abilities and building, and fully raise its educational standards… Strengthen work on the teaching of Chinese internationally,” the administration said in a statement (Reuters).

In Europe, a few existing Confucius Institutes in countries like Sweden, France, and the Netherlands have been closed. The governments of Australia and the U.S. have started warning universities against allowing these institutes on their premises. In the UK, concerns have been raised about the rapid spread of these institutes, with some calling them a grave threat to academic freedom.