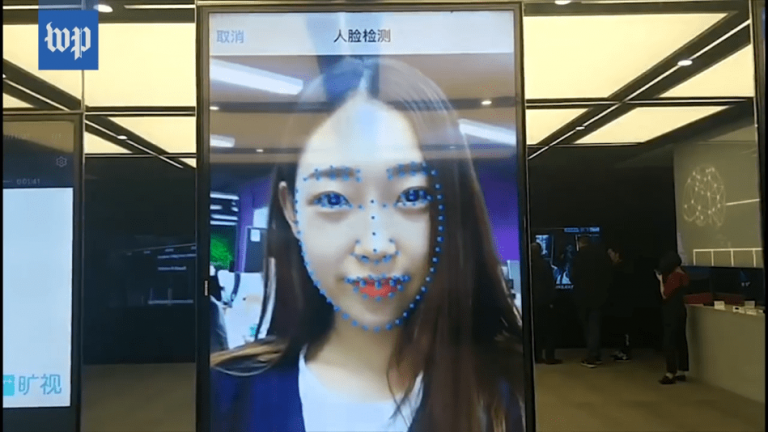 The Chinese government sought to secure funds from the World Bank for setting up its facial recognition surveillance in Xinjiang. (Image: via Nspirement)

An exclusive scoop by the news website Axios claims that the Chinese government sought to secure funds from the World Bank for setting up its facial recognition surveillance in Xinjiang. The bank apparently did not clear the funds, thus preventing itself from unknowingly being complicit in China’s human rights violations.

The new revelations come after checking over 8,000 pages of World Bank Chinese-language procurement documents from 2017. The Chinese sought thousands of dollars for installing cameras, software, and other surveillance tech in Xinjiang schools. The request was made as part of the “Xinjiang Technical and Vocational Education and Training Project” started by the bank in 2015, which provides US$50 million over five years to vocational schools and their partners in the region.

“One of the items requested by a World Bank-funded school was a video management and facial recognition software system that can create a ‘blacklist face database that can be set and armed’ so that ‘blacklist alarms can be performed when blacklisted individuals pass through’ and the resulting images sent directly to Chinese police… A requirement for one of the facial recognition systems requested by a World Bank-funded school was that it be able to ‘distinguish between males and females with a reliability of 97 percent,’… The budget request for the system was approximately [US]$12,800,” according to Axios.

In August this year, the U.S. House of Representatives raised concerns about the project. As a consequence, the World Bank conducted an investigation and announced that it will scale down the program and only offer funding to the vocational schools and not their partners. A World Bank spokesperson revealed that since the documents were in Chinese, only those who could read the language could understand the contents. This flaw is what made the bank continue funding the Chinese schools even though they had requested highly advanced surveillance equipment not required for an educational institution.

Prospective recipients of the loan wanted the surveillance equipment to be compatible with Chinese manufacturers like DaHua and HikVision. These two companies were blacklisted by the U.S. in October this year due to their involvement in human rights violations. As a consequence, American companies are banned from dealing with them unless they procure the necessary approval from the federal administration.

The U.S. House of Representatives recently passed a bill aimed at preventing the repression of Uyghur Muslims in China. The bill names Chen Quanguo, the Communist Party secretary in Xinjiang, as one of the main officials involved in the mistreatment of Uyghurs in the region. It “accuses China of ‘systematically discriminating’ against Uighurs by ‘denying them a range of civil and political rights, including the freedoms of expression, religion, movement and a fair trial’,” according to the BBC.

Some of the Chinese policies criticized by the bill include the collection of DNA samples from Uyghur children, installing facial and voice recognition systems in Xinjiang, and using QR codes to track how many Uyghurs frequently pray. The bill now has to get approval from the Senate and President Trump. Beijing has reacted sharply against the bill, terming it as “gross interference” in its domestic affairs. Trump recently passed a bill supporting pro-democracy protesters in Hong Kong. As such, he is expected to pass the Uyghur bill as well, even though the U.S. and China are entwined in a bitter trade war.