China and Vietnam Are the Worst Asian Countries for Journalists 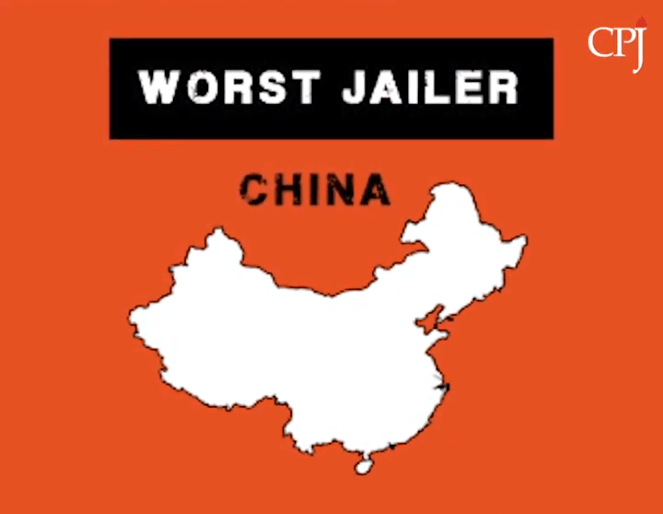 China tops the list of worst countries for imprisoning journalists, according to New-York based Committee to Protect Journalists. (Image: Screenshot via YouTube)

The New York-based Committee to Protect Journalists (CPJ) has released its annual report on the state of journalist safety in the world. The report lists China and Vietnam as two of the worst countries in Asia when it comes to jailing journalists. The countries put 48 and 12 people behind bars respectively this year.

The report points to Xi Jinping’s political consolidation as a key point in Chinese history when media controls started to get even tighter. In the controversial Xinjiang region, where China has detained over a million Uyghurs in internment camps, many journalists have been arrested for stories they had published several years ago.

“Of the four affiliated with the state-owned Kashgar Publishing House, which issued books and periodicals on topics including politics and legal and demographic developments, t[w]o editors had retired at least a decade earlier,” CPJ said (Radio Free Asia). In Hong Kong, a freelance journalist who was employed by Chinese outlets got arrested in October after she wrote about the pro-democracy protests. She has been charged with “provoking trouble.”

In Vietnam, two journalists from Radio Free Asia have been arrested, with one being abducted from Thailand and brought back to the country by force. A few other reporters who were under the employment of anti-corruption and religious newspapers have also been put in jail. Both China and Vietnam are communist nations that severely restrict the personal freedoms of their citizens and censor media to their advantage. Another report released by CPJ, titled One Country, One Censor, highlights the growing danger of Beijing trying to manipulate global opinions in its favor.

“The era of total censorship that Xi Jinping has ushered into China after becoming president in 2013 increasingly threatens to undermine the press freedoms enjoyed in both Hong Kong and Taiwan… China-influenced publications and broadcast channels have come to dominate the media scene in Hong Kong while a scrappy, underfunded independent sector battles for audience and revenue,” Steven Butler, Asia Coordinator of the CPJ, said to Time. About 50 percent of mainstream media outlets in Hong Kong were found to have ties to the mainland.

Beijing recently issued an updated code of ethics for reporters. Published by the All-China Journalists Association, the code was last updated about 10 years ago in 2009, which is three years prior to Xi’s ascendance as the leader of the country. The latest code is described in seven sections and covers areas like political mindset and personal conduct, with the overwhelming message that journalists should serve the motherland, be loyal to the Communist Party, and uphold the authority of the state.

The new code states that “reporters must ensure they have the correct mindset when covering issues relating to domestic affairs, with the code requesting that they ‘persist in arming the mind with Xi Jinping Thought on Socialism with Chinese Characteristics for a New Era.’ In line with Xi’s own efforts to bolster the country’s soft power, the code requires journalists to ‘show a good image’ when reporting on China for international audiences,” according to CNN.

It asks journalists to “vividly” interpret China’s system, path, theory, culture, etc., when writing about the country, the Party, or the people. Reporters are encouraged to take advantage of the latest technologies to tell the story of China and “guide” public opinion on the Internet.