Ancient Chinese Foods That Are Still in Vogue 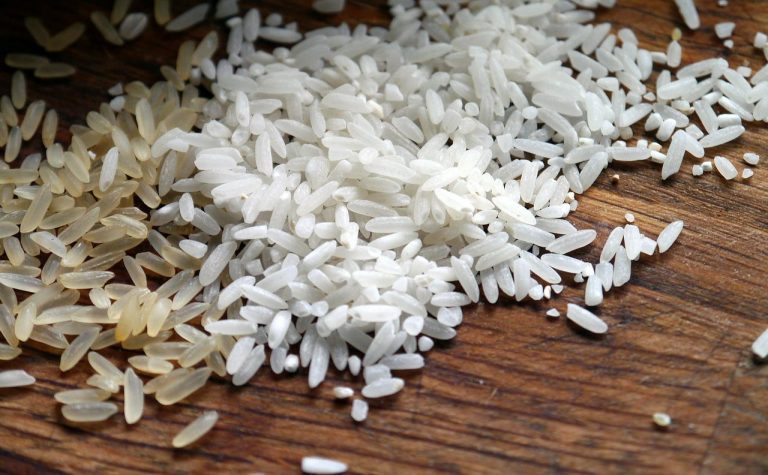 Rice is such a basic food in the country that Chinese words for 'eat' and 'cook' contain the word rice. (Image: ImageParty via Pixabay)

Ancient Chinese foods are some of the most complex in the world. Some of the Chinese foods that are popular in the country today were introduced several centuries back. The Chinese not only focused on the taste aspect when preparing food, but also on its impact on health and its importance in faith as well.

Rice has been “the main part of the Chinese diet since the late Stone Age. From the archaeological findings in Zhejiang Province, it’s estimated that about 3,000 to 4,000 years ago the Chinese cultivated rice. Although rice wasn’t a native food, it’s widely believed that the Chinese invented the first rice paddy system,” according to Top Ancient History. Rice is such a basic food in the country that Chinese words for “eat” and “cook” contain the word rice. Every class of people ate rice in ancient times. It was also considered sacred and offered to the gods during religious ceremonies.

Tea is thought to have been discovered in China around 4,000 years ago. In ancient times, tea was seen as a magical drink that had the unique power to unite people of various classes, eliminating the boundaries that separated the rich from the poor. It was also eventually seen as a health drink, which continues today. Among the upper classes, making tea became an art form and they often engaged in tea tasting ceremonies.

Noodles are one of the most recognizable Chinese foods and are the inspiration behind Italian spaghetti. It was during the Han Dynasty period that noodles were invented. In the northern regions of China, rice was expensive at that time. As such, people used millet and wheat to create noodles. It soon became a hit with higher classes. During the Song Dynasty period, noodle shops used to remain open all night due to the huge demand. In 2002, archaeologists dug out an earthenware bowl from the Lajia site, with the cup containing what is considered to be the world’s oldest noodles. The instant version of noodles is what drove their popularity across the world in modern times.

“During the Shang Dynasty (16th to 11th century B.C.), people began to drink wine and used it to worship the gods; yellow rice wine is considered the first of this kind. All other varieties of wine are supposed to have been developed after the Han (206 B.C.-220 B.C.) and Tang (618 B.C.-907 B.C.) dynasties. Years later, millet wine was introduced and it was a big hit, even more popular than tea,” according to Ancient History Lists.

Wine was seen by the ancients not just as a drink, but as something that was infused with cultural and spiritual significance. Drinking rice wine became an unavoidable part of political meetings. Today, even though wine is still popular with people, it has been overtaken by tea in terms of preference.

In ancient times, Chinese doctors discovered that meat was an essential source of protein for human beings. However, not many regular Chinese citizens could eat meat since it was expensive. To solve this issue, a law mandated that every citizen would receive a free cup of tofu once a week. Since then, tofu has become a common ingredient in Chinese dishes. Tofu is also popular in the West, especially with vegans.