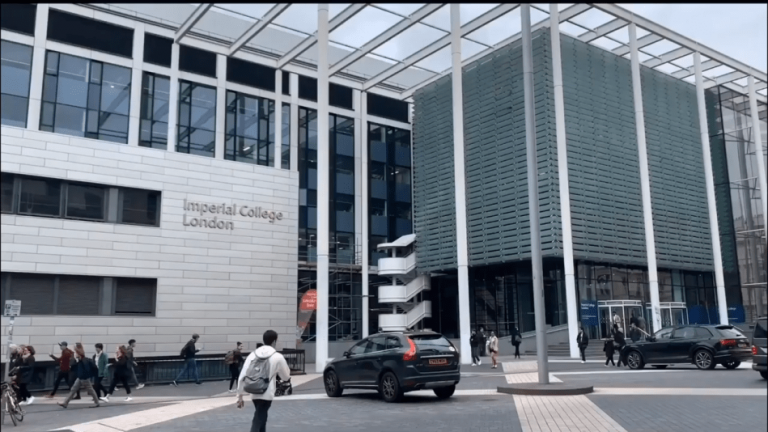 The Advanced Structure Manufacturing Technology Laboratory at Imperial College London was one of the labs identified as having ties with or receiving significant funding from Chinese defense companies. (Image: Screenshot / YouTube)

Danger to the UK

In total, 16 university labs were identified across the world that had ties with Chinese defense companies or received significant investments from them. Of these, 10 are in the United Kingdom. The Imperial College London and the University of Manchester together account for six such labs. The other facilities are located at the University of Nottingham and the University of Strathclyde. “[Something] that really alarmed me was the level of collaboration with Chinese missile scientists… I haven’t seen anything like Chinese missile manufacturers setting up these joint labs in other countries,” Alex Joske, the report’s author and an analyst at ASPI, said to The Guardian.

The Advanced Structure Manufacturing Technology Laboratory at Imperial College London and the Sino-British Joint Advanced Laboratory on Control System Technology at the University of Manchester were both found to have partnerships with the China Academy of Launch Vehicle Technology. The Chinese partner is involved in developing intercontinental ballistic missiles and space launch vehicles. The research being done at the Strathclyde lab covers the subject of autonomous rendezvous systems for satellites. The results of the research can be useful for anti-satellite missions and docking systems.

British universities are also collaborating with Chinese military education centers like the National University of Defense Technology and the PLA’s Army Engineering University. The research being conducted through such collaborations includes topics like design optimization, AI, 5G networks, robotic vehicle swarms, and so on.

A recent report by the UK’s Foreign Affairs Select Committee also highlighted the problem of Chinese influence on British universities, arguing that urgent steps need to be taken to protect the academic freedom of such institutions. “The battle for university students or trade deals should not outweigh the international standards which have brought freedom and prosperity to the UK and the wider world. The government should provide any strategic advice to universities and not use its key sanction tools such as ‘Magnitsky powers’ to curb interference on human rights grounds,” the committee concluded (The Guardian).

China is seeing a rapid rise in the number of Highly Cited Researchers according to a recent report by the Web of Science. The group identifies researchers who have produced multiple papers that rank in the top 1 percent by citations for their field and publishing year. The results of the list reveal how influential the researchers of a particular country are in the international community.