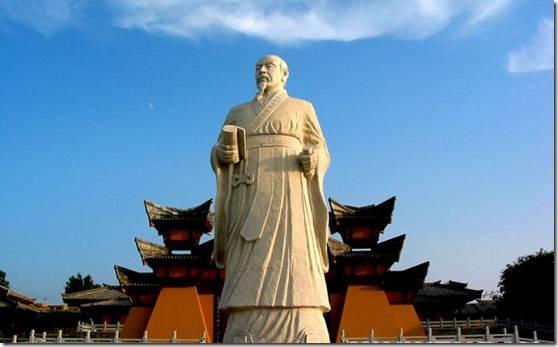 Guan Zhong (723 ~ 645 B.C.) was born in what is today’s Anhui Province. He and Bao Shuya had been very close since they were young. Guan Zhong’s family was poor and often received help from Bao Shuya. Bao Shuya never complained about this. Soon, they served different masters. Bao Shuya served Xiao Bai and Guan Zhong served Jiu. Xiao Bai and Jiu were crown princes of Emperor Qi during the Spring and Autumn Period.  Both of them were out of the country when Emperor Qi died. Both were rushing back home for the throne. To achieve the goal to help Jiu ascend to the throne, Guan Zhong made a plan to kill Xiao Bai on the way. He shot an arrow at Xiao Bai and hit his armored metal belt hook. Xiao Bai pretended to be dead and safely returned to Qi and became the new emperor of Qi. The new emperor had his brother Jiu killed and Guan Zhong imprisoned for the shooting. Bao Shuya recommended Guan Zhong to be the Qi emperor so many times that Guan Zhong was pardoned and eventually became the prime minister.

Guan Zhong said: “When I was in poverty, Bao Shuya and I were business partners. Every time for profit sharing, I always wanted more. Bao Shuya did not think I was greedy for money, as he knew that my family was poor. There were times I did things for Bao Shuya. I skewed things and embarrassed him and got him into trouble. Bao Shuya did not think I was stupid, but thought that I just had bad luck. I had been an official many times, but eventually was let go from all the positions. Bao Shuya saw in different ways not that I was incapable, but that those jobs were not right for me. I went to war many times and ran away. Bao Shuya understood. He knew that I had a mother to support and was not a person who cowered out of fear. Prince Jiu failed to kill his brother and he himself got killed for it. As I was his consultant, I was imprisoned and felt humiliated. Bao Shuya believed that I felt ashamed because my capabilities had not been well-known and recognized. I must say that although it is my parents who raised me, it is Bao Shuya who truly understands me! ”

After Guan Zhong gained his promotion, Bao Shuya was willing to put himself under Guan Zhong’s management. As a result, his virtuousness also affected his descendants. After Bao Shuya’s death, his children and the following generations inherited salaries and land from the Qi Kingdom. Many of the descendants were famous nobles. People recognized Guan Zhong’s talents, but they showed more admiration for Bao Shuya’s sincerity.

After Guan Zhong became the prime minister, with the favorable conditions of the country, he made the country richer and stronger. His administration enabled Qi to dominate China, and the Emperor of Qi became the first major power among the “five powers ” in the Spring and Autumn Period.