Blank Ads: A Christmas Gift to the Public by a Canadian Agency 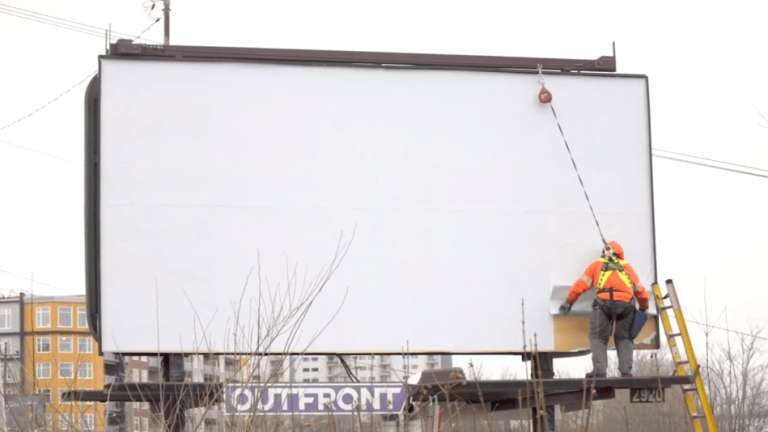 A Canadian creative agency bought up ad space and left it blank to give people a break from holiday ads. (Image: via Nspirement)

During the Christmas season, companies crank up their advertising efforts to attract as many customers as they can. This usually results in a large number of billboards placed everywhere in the cities. A Canadian creative agency decided to do something unusual — it bought a bunch of ad spaces and left them with blank ads.

Blank ads are a gift over the holidays

The agency, “Wunder” from Halifax, Nova Scotia, spent close to US$10,000 for the campaign they call “White Christmas.” Ad spaces on buses, transit shelters, billboards, newspapers, social media, etc., were all part of the campaign, which is apparently a “gift” to the public whose minds are bombarded with hundreds of ads every day. “As a creative agency we typically spend our time creating ads and promoting brands, but this year we’ve decided to do the opposite and give everyone a break from ads during the holiday season,” explained the agency’s creative director Stephen Flynn (It’s Nice That).

When the agency started tinkering with the idea of “White Christmas,” the first thing that came to mind was a giant blank white billboard. Obsessed by the idea, they started booking media. The agency even booked a radio spot as part of their campaign. But since a blank white space is not a possibility with radio, they ran a “long pause,” followed by an explanation as to what the pause actually means.

The agency was advised to put something like snowflakes on the ad space rather than leaving it blank. However, they stuck with their idea because they felt that anything other than a blank space would not provide a real break from ads for the public. The people have obviously been confused at the absurdity of seeing huge blank billboards on the streets. While many may not know the purpose of the blank billboards, those who do know about it end up appreciating the effort put in by the agency.

Canadians are changing their shopping behavior

Even though the Christmas shopping season is a big time for businesses in Canada, Black Friday is proving to be much more of a hit with people. A recent poll conducted by the Retail Council of Canada (RCC) found that 43 percent of Canadian customers planned on splurging on Black Friday compared to just 34 percent on Boxing Day, the day after Christmas, which was traditionally the major shopping day. According to Michael Leblanc, the senior retail advisor of the Retail Council of Canada, the consumer shift toward Black Friday started about 10 to 12 years back.

“At that time… merchants saw both risk and opportunity. On the one hand, the then near par exchange rate between the U.S. and Canadian dollars meant Canuck merchants were losing out as shoppers decided to spend their money on Black Friday deals south of the border. But if they could replicate a shopping zeitgeist that in the U.S. had become as much as a national tradition as the Thursday turkey dinner, businesses could lure Canadian shoppers back to spend in their own communities. A decade later, that transition is all but complete,” according to Tricity News.

Cyber Monday, which is the Monday that follows Black Friday, is another major shopping time for Canadians. Almost 75 percent of Canadians planned their shopping around these two days according to the RCC poll. People were found to be spending more than they had intended, with about 27 percent of the participants admitting to such a habit.