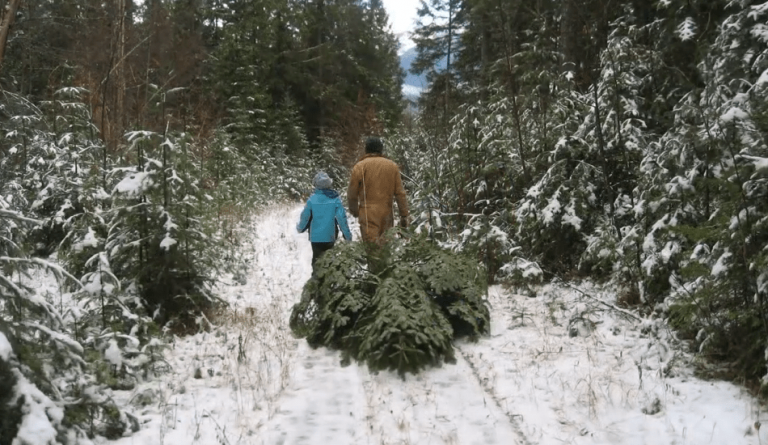 Millennials seem to be the leading group when it comes to buying Christmas trees. (Image: Screenshot / YouTube)

With Christmas almost on the horizon, many people are busy shopping for the holidays. According to the National Christmas Tree Association (NCTA), millennials seem to be the leading group when it comes to buying Christmas trees.

A survey conducted by the NCTA through Nielsen/Harris research found that there was a 20 percent increase in the purchase of real Christmas trees in 2018, with 5.4 million new purchases being made. Artificial trees saw a demand spike of 12 percent during this period, resulting in additional sales of 2.5 million trees.

According to Doug Hundley, seasonal spokesperson of the NCTA, a majority of the new purchases were made by the Millennial generation. “The Millennial generation is now of the age where they’re settling down, getting married, having kids, and turning to real trees to build their own family traditions… We’ve been looking at that demographic for some time and expecting this to happen,” he said to CNN.

Back in 2008, the Christmas tree industry took a bad beating as the financial crisis forced many Americans to cut back on spending. Ten years later, the sales numbers have picked up. The American Christmas Tree Association, which represents the country’s artificial tree producers, also confirmed that sales have increased in recent times due to improved economic conditions.

Despite strong growth, many Christmas tree farmers are shutting down operations. In Illinois, the number of farmers fell from 212 in 2012 to 182 in 2017. One major reason being cited for this is that many of the people do the job during retirement or for extra income. Since it is a labor-intensive process, a large portion of farmers end up winding down after a few years. The income is also on the lower side. In 2017, a Christmas tree farmer in Indiana only earned about US$10,000 or less on average.

The rapid expansion of large tree farming operations has also hurt the prospects of small-time producers. “When they found out that big retailers were setting up their own Christmas tree lot, they were not happy… It flooded the market. But if you are a small garden center or a tree lot, you will have a lot more things to offer, like customer service,” Hundley said to Chicago Tribune.

As far as splurging on Christmas is concerned, millennials prefer not to use cash while shopping. A report by NPR shows that almost 63 percent of millennials under the age of 30 opted to use credit cards for buying holiday gifts. In contrast, more than 50 percent of shoppers aged 30 and above preferred to use cash.

“Only a quarter of shoppers under 30 said they wouldn’t buy any of their holiday gifts online. Compare that with exactly half of shoppers over 60, who say they wouldn’t shop for gifts on the Internet… for all the tech progressiveness attributed to millennials, the poll found that it was 30- to 44-year-olds who were slightly more likely to use Apple Pay or PayPal to buy holiday gifts,” according to NPR.

Just 17 percent of the 18- to 29-year-old group said that they will be buying a real tree for Christmas this year, with 68 percent looking forward to getting themselves an artificial tree. Across all generations, the demand for fake trees was higher than for real ones.