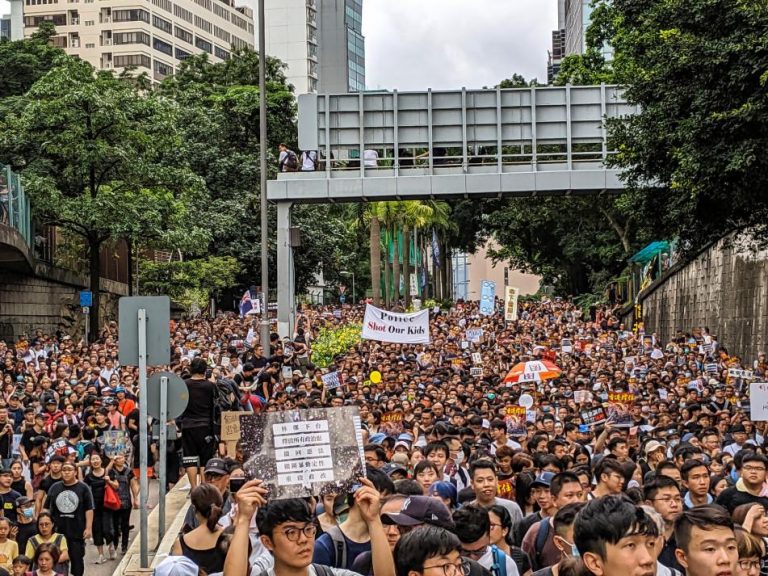 The people of Hong Kong have been nominated for next year’s Nobel Peace Prize by Guri Melby, a Norwegian MP from Oslo. (Image: Studio Incendo via flickr CC BY 2.0 )

Guri Melby, a 38-year-old MP from Oslo, has nominated Hongkongers for next year’s Nobel Peace Prize. She believes that this will inspire the international community to extend support to the city’s protesters as they fight the Chinese Communist Party (CCP) to protect their way of life.

“I have nominated the people of Hong Kong, who risk their lives and security every day to stand up for freedom of speech and basic democracy, to the Nobel Peace Prize for 2020. I hope this will be further encouragement to the movement,” Melby said in a tweet while using the hashtag #StandWithHongKong.

She criticized the Hong Kong administration for trying to paint the protesters as violent radicals. Instead, Melby’s own experience interacting with protesters leads her to believe that they are just ordinary people pushed to the extreme due to the threat facing their social structure. She visited Hong Kong in September and condemned the police for using heavy-handed methods against the protesting citizens. During the trip, Melby spoke to pro-democracy lawmaker Charles Peter Mok as well as several businessmen and legislators.

It was Mok who encouraged her to nominate the people of Hong Kong for the Nobel Peace Prize, hoping that it would act as a reminder to the millions of people in the city to carry on with their peaceful struggle. After Melby tweeted her nomination, the post went on to attract over 9,200 likes and 5,200 retweets, with many Hongkongers thanking the politician for her support. However, Regina Ip Lau Suk-yee, the Chairwoman of the New People’s Party, termed the nomination a “sick joke,” arguing that the violence committed by the protesters is not something to be proud of.

Cardinal Joseph Zen Ze-kiun, who has served as the sixth Bishop of the Catholic Church in Hong Kong, is an influential figure who has been very vocal in his support of the protest. In the past, the cardinal has attracted criticism from the Chinese Communist Party for his position on human rights and religious freedom. Together with Dr. Kenneth Chan Ka-lok from the Baptist University, he released a statement stating: “We stand in solidarity with Hong Kong’s fight for their freedoms and rights as the city has found itself engulfed by an unprecedented governance crisis… We close by urging the international community to stand with Hong Kong and support the people of Hong Kong in the face of an increasingly oppressive environment.” (Today Online).

Hong Kong police recently seized almost US$10 million in donations that were intended to support the pro-democracy protests. Four people have been arrested with charges of money laundering. The NGO that collected the donations, Spark Alliance, was set up in 2016 with the aim of financially funding activities against pro-Beijing forces.

“We found the donated money was transferred to a shell company and a significant portion of this money was invested in personal insurance products… The beneficiary of these products is the person in charge of the shell company,” Chan Wai-kei, the senior police superintendent, said in a statement (Channel News Asia).

The organization has condemned the seizure of its funds and the arrest of its four associates, terming the police accusation as “smears.” The funds were apparently used to provide legal services for people arrested due to participating in the protests.