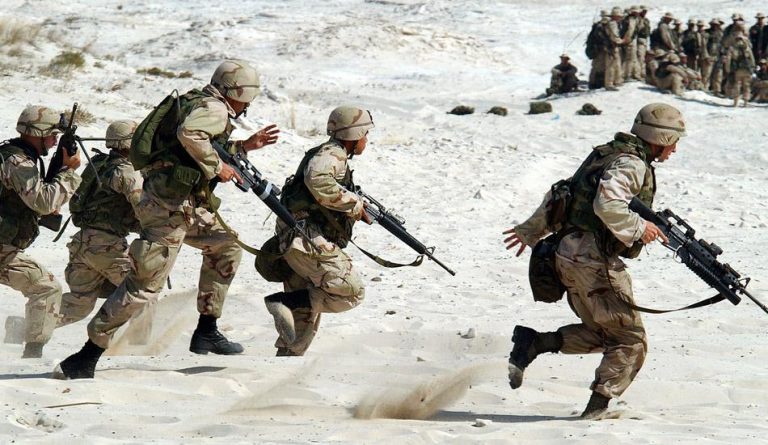 Chinese propaganda states that coronavirus was brought to China by the U.S. military in October last year. (Image: pixabay / CC0 1.0)

A U.S. military contractor has been charged with duping the American government into buying thousands of dollars worth of equipment, claiming it to be manufactured in the United States, when in reality it was produced in China. The contractor, Arthur Morgan, is the founder and CEO of the Surveillance Equipment Group (SEG) based in Virginia.

SEG was contracted to supply equipment to federal agencies on the condition that it complies with the Trade Agreements Act that mandates such products be manufactured fully or “substantially transformed” in a specific country. According to the law, Hong Kong is listed as a country where defense equipment can be procured while items from the Chinese mainland are banned.

If contractors want to supply products from unlisted regions like China, they are obligated to mention it while submitting the initial offer. If the contractor fails to disclose such details, they will legally be disqualified from the contract and not be eligible to seek payment from the government. Established in 2003, SEG has supplied several times to federal agencies during the past 16 years.

“In 2014 … the company’s price list stated that concealable body armor and helmets were made in Hong Kong… When a General Services Administration (GSA) contracting officer asked Morgan whether his items complied with the trade act… Morgan emailed saying his products were made in the “United States/Hong Kong.” In 2017, he submitted a spreadsheet to the GSA stating that the ballistic helmets, anti-riot suits, and shields originated in Louisa, Virginia,” according to The Washington Post.

A federal prosecutor who visited the Louisa address found that no manufacturing facility was present at the address. A special agent from the army discovered that the picture of a helmet submitted by the company to the GSA matched with another picture a Chinese firm had uploaded to the e-commerce platform Alibaba.com, indicating that the product was not of American origin. The same was found to be true for ballistic vests as well. The serial numbers on the equipment were also traced back to Chinese companies.

Cedric Leighton, a former U.S. Air Force colonel, believes that the U.S. should tighten its laws on defense equipment purchases. “This case shows how low the barriers of entry are into this market… Basically, all you need is an Internet connection, a bank account, and a few willing partners in a country like China and you too can have your own equipment re-selling business,” he said to QZ. If convicted of the crime, Morgan faces a potential jail term of 20 years.

Michael Rogers, former head of the U.S. National Security Agency and U.S. Cyber Command, has warned that China is seeking to establish technological dominance in the 21st century. The Asian country is spending massively in areas like 5G networking, biotechnology, quantum computing, nanotechnology, etc., in order to be a leader in these future high-profile business sectors. Rogers believes that China is a far greater threat than Russia ever was.

“The last time we had a near-competitor who we viewed as a potential adversary, in terms of a nation-state, was the Soviet Union. They were largely a political, diplomatic, and military challenge. They were never an economic challenge… Fast forward to now: China also represents a significant diplomatic, political, and military challenge. But what makes it so different is it combines all of that with this significant economic capability. We have also not had a near-peer economically who is also such a competitor or potential adversary, [in those other ways],” Rogers said to CNBC.

However, Rogers warned that treating China as an enemy would be counterproductive. To apply a “containment” strategy may also not work with China as it did with the Soviet Union since the Asian country is a far bigger market. To compete with China, Rogers believes that the U.S. should focus on improving its public-private partnerships.