Smuggled Into the US: What Some Chinese Migrants Endure 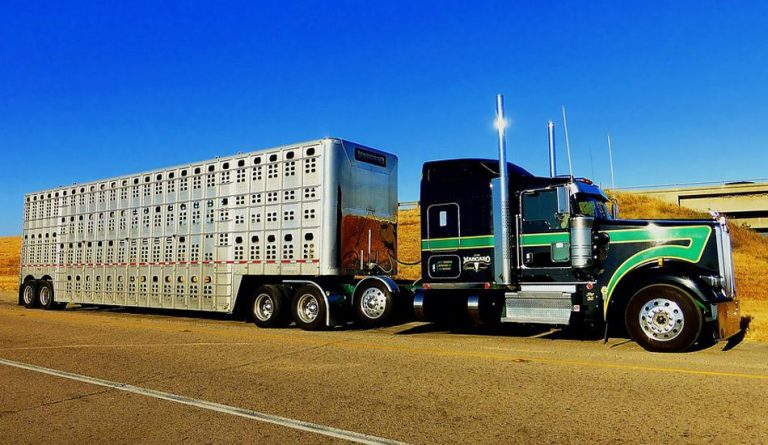 Eleven Chinese nationals were being smuggled into the U.S. in a truck. (Image: pixabay / CC0 1.0)

Imagine being crammed into a tight space with several other people for a long period of time just so that you can gain entry onto U.S. soil. This is what some illegal Chinese migrants go through. A recent attempt ended up in failure as the U.S. Customs and Border Protection (CBP) caught the illegals red-handed.

On December 7, a truck arrived at the San Ysidro port of entry crossing from Mexico. The CBP officer at the spot who was in charge of inspecting vehicles entering the U.S. referred the truck for an extensive search. Several officers checked all the contents inside the truck and discovered 11 Chinese nationals who had been ingeniously hidden among several pieces of furniture. Some of them were taken out of the dresser and washing machine.

The driver was arrested and taken to the Metropolitan Correctional Center where he is awaiting criminal proceedings. Eleven Chinese nationals are currently being detained at an immigration center and will soon be facing immigration and criminal proceedings. “CBP cannot stress enough the dangers of smuggling people… These are human beings that smugglers subject to inhumane conditions that could have deadly consequences. Fortunately, no one was seriously injured,” Pete Flores, CBP Director of Field Operations for San Diego, said in a statement (CBP).

Last month, the CBP thwarted a similar attempt at the same port. One of the officers had noticed that the rear door of a truck was ajar. After prying it open, the officials discovered 6 Chinese nationals concealed in the false wall of the truck. In March, it was reported that daily border crossings into the U.S. by illegal aliens had hit a 13-year high. In the same month, the Pentagon had approved US$1 billion for laying down 57 miles of fencing in the Yuma and El Paso border sectors.

Immigration is one of the major issues of the 2020 U.S. presidential elections. While President Trump is very clear on his stand that strict immigration controls need to be in place to protect the interests of U.S. citizens, most of the Democratic candidates have espoused a pro-immigration policy. In August, the Trump administration announced a new rule that lifted the restrictions on how long the government can detain migrant children.

Immigration in the US

Over a million people arrive as immigrants to the United States every year. “Mexico is the top origin country of the U.S. immigrant population. In 2017, 11.2 million immigrants living in the U.S. were from there, accounting for 25 percent of all U.S. immigrants. The next largest origin groups were those from China (6%), India (6%), the Philippines (5%) and El Salvador (3%),” according to Pew Research.

By 2055, Asians are projected to be the largest immigrant group in the country, accounting for 38 percent of all immigrants. The share of Hispanics is expected to be at 31 percent, whites at 20 percent, and blacks at 9 percent. Some 88 percent of the U.S. population growth through 2065 will be accounted for by immigrants and their descendants.

Ever since the Refugee Resettlement Program came into effect in 1980, the U.S. has received about 3 million refugees, the highest among all countries in the world. During the 2018 fiscal year, more than 22,000 refugees settled in the U.S. with the Democratic Republic of Congo accounting for the biggest share, followed by Burma, Ukraine, and Bhutan.