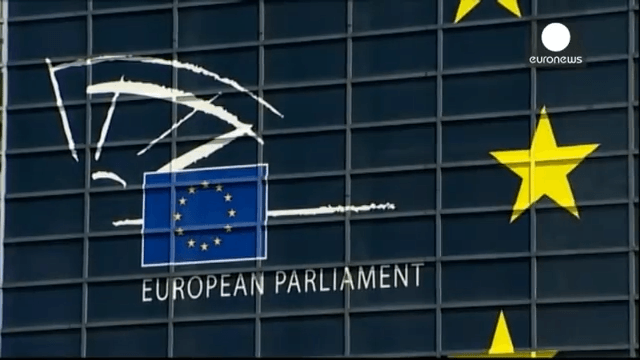 The European Parliament passed a resolution condemning the detention of thousands of ethnic Uyghurs and Kazakhs in political ‘re-education camps.' (Image: Screenshot via YouTube)

Taking into account the Chinese regime’s brutal treatment of the Uyghur ethnic minority in Xinjiang, a resolution was passed by the European Parliament condemning the detention of thousands of ethnic Uyghurs and Kazakhs in political “re-education camps” based on predictive policing.

Condemnation of the persecution of Xinjiang minorities

“[Parliament] urges the Chinese Government to put an immediate end to the practice of arbitrary detention without charge, trial, or conviction for a criminal offense of members of the Uyghur and Kazakh minorities, to close all camps and detention centers, and to immediately and unconditionally release those detained,” the resolution states (Radio Free Asia).

The resolution also asked that Chinese authorities allow international media and observers to have free access to the Xinjiang region. It asked Europe to place sanctions and freeze the assets of Chinese officials who are identified as being responsible for the persecution of Xinjiang minorities. Asylum requests from Uyghurs are to be expedited and export controls have been suggested on all European technologies that could aid China in its mass surveillance programs.

The 2019 Sakharov Prize for Freedom of Thought

The European Parliament’s resolution comes a day after it awarded the Sakharov Prize for Freedom of Thought to Uyghur activist Ilham Tohti. Ilham Tohti, a Uyghur scholar fighting for the rights of China’s Muslim Uyghur minority, has been in jail since 2014 on separatism-related charges.

Accepting the award during the ceremony in Strasbourg, Austria, Ilham’s daughter Jewher Ilham said: “Today, there is no freedom for Uyghurs in China, not at school, not in public, not even in private homes. My father, like most Uyghurs, has been labeled a violent extremist, with a disease that needs to be cured and a mind that needs to be washed. It is under this false label of extremism that the government has put one million people — probably more — into ‘concentration camps’ where Uyghurs are forced to give up their religion, language, and culture, where people are tortured and some have died.”

Boycott of the 2022 Winter Olympics broadcast

In October, U.S. Senator Rick Scott asked the International Olympic Committee (IOC) not to allow Beijing to host the 2022 Winter Olympics. However, the committee dismissed his request, claiming that the purpose of the Olympics is different from that of national governments and that it hoped the senator would respect its “political neutrality.”

Scott called the IOC response “shameful.” “Are they naïve enough to think Communist China wants to unite the world? The Committee claims to be politically neutral, but the fight for human rights transcends politics. It’s sad they cannot see this,” he said in a statement (The Epoch Times).

Senator Scott also sent a letter to NBC together with Senator Josh Hawley, asking the American TV network not to broadcast the 2022 Winter Olympics as a protest against the country’s ill-treatment of its minorities. The letter was addressed to NBC Universal president Steve Burke and NBC Olympics president Gary Zenkel.

“If Communist China continues to persecute religious minorities, forcibly harvest organs of innocent civilians, oppress the people of Hong Kong, spy on civilians, and imprison political dissidents, they should forfeit their rights to host an event that is supposed to bring the world together… We urge NBC to stand with us and request that the IOC re-bid the 2022 Olympics or refuse to air the 2022 games,” the letter states (Multichannel).

In 1980, NBC chose not to broadcast the Moscow Olympics to protest against the Soviet Union’s invasion of Afghanistan. However, U.S. athletes were boycotting the event as well. If American athletes participate in the 2022 Beijing Winter Olympics, NBC is not likely to pull the plug on the telecast this time.