The Cultural Revolution in Tibet 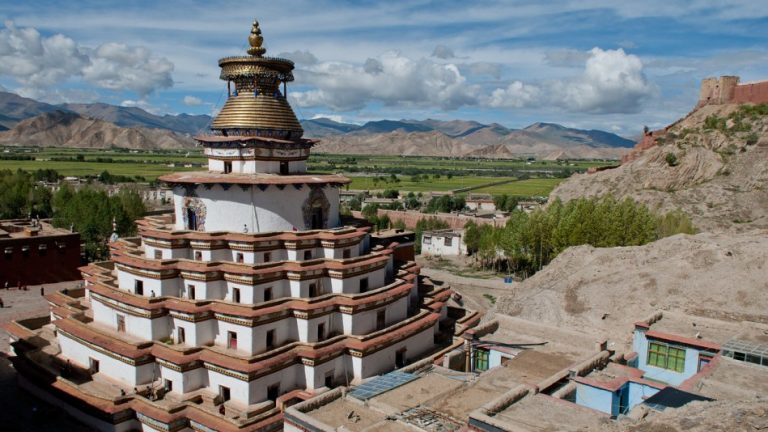 From 1957 to 1959, Tibetans took up arms to fight the Chinese Communist Party (CCP) across the entire land of Tibet. (Image: hbieser via Pixabay )

From 1957 to 1959, Tibetans took up arms to fight the Chinese Communist Party (CCP), but the Tibetans were brutally suppressed. Again, during the Cultural Revolution, the CCP launched a killing campaign across Tibet. The first group to be killed were the “insurgents.” In early February 1970, the Lhasa people were called to Lhasa Stadium or to the execution ground and as the gunshots of the soldiers rang out, one after another insurgent toppled down into a pit that was dug for them, and then roughly buried under the soil.

In addition to killing insurgents, the CCP executed those who had committed “treason.” A young man named Tuden Jinmei was arrested with his girlfriend Hua Xiaoqing. Hua Xiaoqing was raped by an officer in prison and committed suicide, while Tuden Jinmei was publically executed. One of his classmates recalled the terrible scene: “That day, Tuden Jinmei was paraded through the streets with his entire body tied up with rope, a sign on his back, and a rope wrapped around his neck so tightly that it eventually strangled him. When he arrived at the execution ground, he was already dead; his face was swollen and pale. He was just 20 years old.”

Sampo cêwang Rinzin became a high-ranking official during the Cultural Revolution because he cooperated with the CCP. This was despite his youngest son being executed for the crime of treason. Before he was executed, a public hearing was held at the Lhasa Stadium. It was reported that he was beaten to death before being shot.

A plan to escape could also be considered a treasonable act and punishable by death. Several young men couldn’t bear the living conditions while constructing the Potang Lashan Road. One man suggested the idea of ​​crossing the border and fleeing to India. The leader of the team immediately reported it to the CCP. Soldiers from Lhasa came and arrested the young people who were shot after a brief public trial.

In order to terrify the public, an execution noticed was posted publicly with a red “X” on the photo or the name of the person to be executed. A mass public hearing was held where the relatives of the person were required to stand at the forefront. After the public trial, the prisoner was pushed into a truck by soldiers and driven along the street before being taken to the execution ground to be gunned down. Many people couldn’t bear the torture and committed suicide in prison, while many were tortured to death.

In 1970 and 1971, thousands of  Tibetans were killed. Some of them were later considered wrongly executed and their families were given consolation fees of 200 to 800 yuan. But the vast majority of people who were shot were not exonerated. A Tibetan who experienced the “red horror” sighed: “There are so many bloody cases that left us Tibetans feeling the cold. We have been hurt so much that we have lost trust in the CCP.”