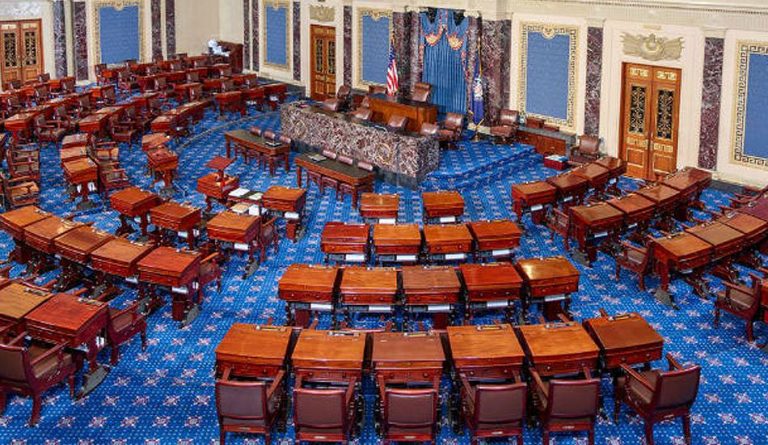 After the U.S. approved legislation in November in support of maintaining the democratic nature of Hong Kong, Beijing retaliated by announcing sanctions on American warships and NGOs. The U.S. legislation, called the “Hong Kong Human Rights and Democracy Act,” was passed unanimously by the U.S. Senate except for a single lawmaker in the House of Representatives.

“The new law requires Washington to monitor Beijing’s actions in Hong Kong. The U.S. could revoke the special trading status it has granted the territory if China undermines the city’s rights and freedoms… Hong Kong’s special status means it is not affected by U.S. sanctions or tariffs placed on the mainland… The bill also says the U.S. should allow Hong Kong residents to obtain U.S. visas if they have been arrested for being part of non-violent protests,” according to the BBC.

China accused the U.S. of acting “irresponsibly.” A spokesperson from the Chinese Foreign Ministry also criticized NGOs like Human Rights Watch, the National Endowment for Democracy, and Freedom House for extending support to the anti-government protests. The spokesperson stated that many of the NGOs in Hong Kong were working to disrupt peace in the city and have instigated the protestors to act violently as well as promoting separatist forces. As to the U.S. bill, China declared a ban on U.S. military ships and aircraft from visiting Hong Kong.

China has “rejected seven US Navy port visit requests in the past six months. The USS Green Bay and USS McCampbell were scheduled to make port in August, the USS Lake Erie in September, the USS Patriot and USS Warrior in October, the USS Milius in November, and the USS Gabrielle Giffords in December. The last U.S. Navy port call to Hong Kong was made by the USS Blue Ridge, the 7th Fleet command ship, in April,” according to a Business Insider report from last month.

Michael Raska, a security expert at Singapore’s Nanyang Technological University, believes that the U.S. will not be affected by such bans from a military viewpoint since the country already has several military bases in the region. However, the ban does signal that tensions between the U.S. and China will not be subsiding anytime soon. The Hong Kong issue is not expected to cloud Beijing’s pursuit of a trade deal since the country’s economic growth is slowing and the Chinese regime definitely does not want an economic crisis on their hands.

Hong Kong kicked off the New Year with a series of violent clashes between the protestors and the police. The protestors shouted slogans like “Investigate police brutality” and “Fear not persecution! Release all political prisoners.”  Some of the protests were led by district councilors who had been sworn in just a few hours earlier.

“When scuffles broke out, large numbers of black-clad protesters rushed to the scene while other protesters formed human chains to pass them various supplies including bricks, forcing police to bring in their own reinforcements. Police then asked organizers to call off the march early and crowds eventually dispersed as a water cannon truck and scores of police in riot gear patrolled the streets late into the evening,” according to Reuters.

About 400 people were arrested by the police, taking the total number of arrested protesters to 7,000. According to the organizers of the New Year protests, almost 1 million people were on the street. The police put the number at 60,000 when the protests were at its peak.