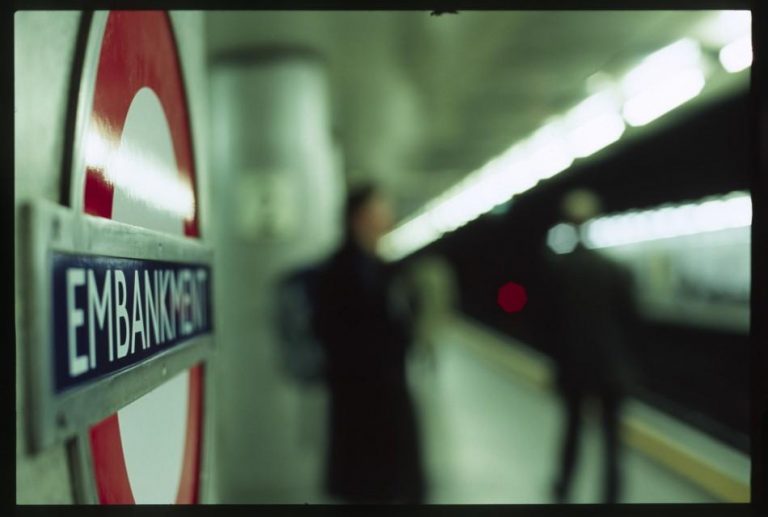 At the Embankment Station in the London Underground, an appealing voice declares the station’s ‘mind the gap’ announcement in a very theatrical way. (Image: ketou-daisuki via flickr)

At the Embankment Tube Station in the London Underground, an appealing voice declares the station’s “mind the gap” announcement in a very theatrical way. The voice was actually recorded back in the seventies and had been removed during an upgrade sometime around 2012. However, authorities decided to play it again after they realized that it held deep value for an elderly individual.

Voice at the station

The story behind the voice was relayed by journalist John Bull in a Twitter thread. Before Christmas 2012, a woman named Margaret McCollum had approached the station authorities. She was very upset and asked them where the voice that made the “mind the gap” announcement had gone. The officials explained to her that the system was updated with new, diverse voices. She revealed that the voice was that of her deceased husband Oswald Laurence.

An aspiring actor, it was Laurence who recorded all the Northern Line announcements during the 1970s. After his death, Margaret would visit the station every now and then to hear her husband’s voice. When the announcement was suddenly stopped, Margaret was distressed. The authorities promised her that they would look into the matter and do whatever they could.

“Archives were searched, old tapes found and restored. More people had worked to digitize them. Others had waded through the code of the announcement system to alter it while still more had sorted out the paperwork and got exemptions. And together they made Oswald talk again,” Bull says in the Twitter thread.

In the New Year, when Margaret was at the station, she was surprised to hear Oswald’s announcement once again. The authorities even gave her a CD of all the announcements her husband had recorded for the station. Margaret met Oswald in 1992 and married him in 2003. They only lived as a married couple for four years, since Oswald passed away in 2007 from cardiovascular problems.

“He was never very far away in my head and in my heart. And knowing that I could go and listen to his voice was simply wonderful. It was a great comfort. I would go and sit on the platform. (I would) sometimes miss a couple of trains just so I could hear it. Although he could do accents, it was his natural speaking voice — clear, precise, authoritative,” she said in a 2013 interview with Daily Mail.

Each London tube station has some interesting things that make it unique and different from the rest. The Angel station has the longest escalator in the London Underground network. The East Putney station was a former cattery from when London was overrun by cats in the 19th century. Belsize Park is the only station on the tube map where you will see the letter “Z” used.

“Cockfosters was once the location of Enfield Chase, a royal park home to nearly 8,000 acres and 3,000 deer — as well as to foresters, who protected the park from would-be poachers or woodcutters. The word for the chief forester? Cock forester. The word ‘cockfoster’ was first recorded in 1524, and in 1613, a house, likely the head forester’s lodge, was written down with the same name,” according to BBC.

Hampstead is the deepest of all tube stations in the network at 192 feet below ground level. The emergency staircase has a total of 320 steps, which would take five minutes to climb up. The station at Heathrow Terminals 2-3 is the only one you cannot walk into from public roads.