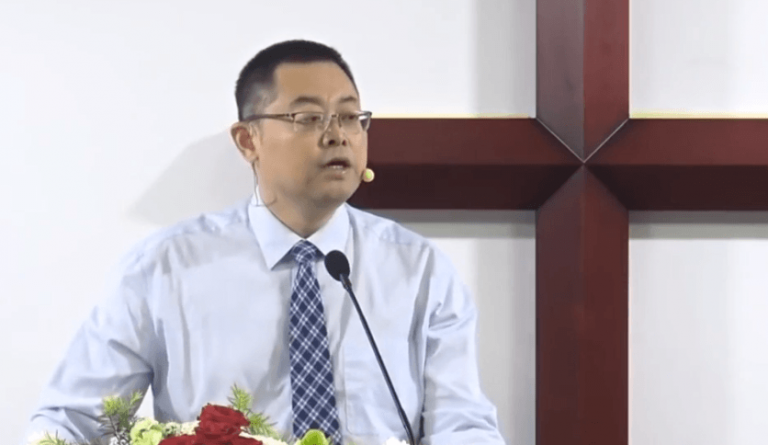 Wang Yi, the pastor of Early Rain Convent Church in China, has been sentenced to nine years in prison. (Image: Screenshot / YouTube)

On December 30, a Chinese court sentenced the Christian pastor of the Early Rain Convent Church to nine years in prison. The pastor, Wang Yi, was charged with illegal business operations and subversion of power. The United States government raised concerns about the way the pastor has been tried by the Chinese courts as well as the persecution of religious believers in the country.

“We are alarmed that Pastor Wang Yi … was tried in secret and sentenced to nine years in prison in connection to his peaceful advocacy for religious freedom… This is yet another example of Beijing’s intensification of repression of Chinese Christians and members of other religious groups… We continue to call on Beijing to uphold its international commitments and promises made in its own constitution to promote religious freedom for all,” Morgan Ortagus, spokesperson of the U.S. State Department, said in a statement (Reuters).

The spokesperson also called for the immediate and unconditional release of the pastor. Back in 2006, Wang was one of three Christians from China who traveled to Washington, D.C. to visit President George W. Bush. During the meeting, Wang requested the president’s support in his efforts to promote religious freedom in China. In addition to his prison sentence, Wang will have no political rights for a period of three years. The state will also seize around US$7,200 worth of personal assets.

Early Rain Convent Church is almost 5,000 members strong. According to some of the leaders in the church, they tend to attract about 800 people to their service every week. The Church runs a primary school that caters to about 40 children and also has almost 100 students attending their seminary. Early Convent is different from most protestant churches in China since unlike others that tend to operate “underground,” Early Rain openly professes their faith, even evangelizing on the street.

The church issued a statement, stating that even though the Chinese regime might hate them, the church does not hate them back. “We desire that those public officials and law enforcement officers who are involved in this case would quickly repent and believe in the Lord, that you would know the atonement and forgiveness of sins which the Lord Jesus extends to all through his suffering on the cross, and that you would obtain eternal life and hope,” the statement said (Christian Post).

Recently, the Chinese regime proposed new administrative measures that will be applied to religious groups in the country starting February 1, 2020. Every single aspect of religious groups, from their daily gatherings to annual projects, will have to be approved by the state’s religious affairs department before they can be implemented. Failure to follow these guidelines can attract severe punishment. In addition, religious groups are also expected to promote Party ideology among their members.

Article 17 of the guidelines state that “religious organizations must spread the principles and policies of the Chinese Communist Party, as well as national laws, regulations, rules to religious personnel and religious citizens, educating religious personnel and religious citizens to support the leadership of the Chinese Communist Party, supporting the socialist system, adhering to and following the path of socialism with Chinese characteristics,” according to Asia News.

China is one of the worst countries when it comes to religious freedom. According to Open Doors USA, China is ranked 27th on its list of 50 countries where it is most difficult to live as a Christian.