Is a Catastrophic Debt Wave Coming Our Way This Year? 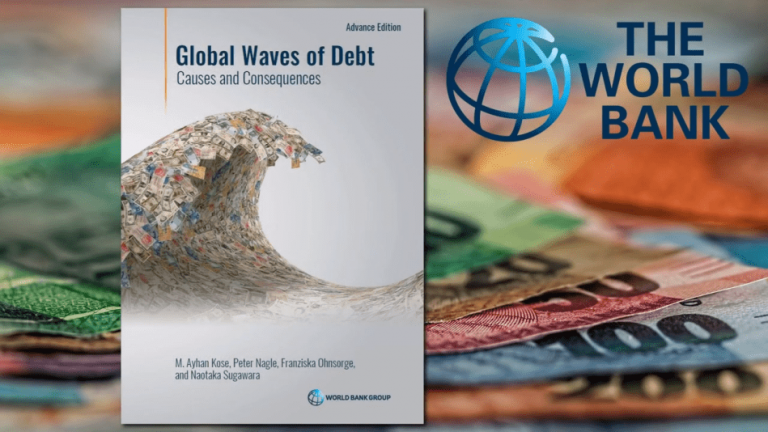 A recent report by the World Bank, called ‘Global Waves of Debt,’ warns that a major global debt crisis could impact the world economy this year. (Image: Screenshot via YouTube)

It’s been more than a decade since the last global financial crisis shook the world economy and took us to the brink of chaos. Though the world recovered from the crisis, it seems as if we have a bigger problem on our hands. A recent report by the World Bank, called Global Waves of Debt, warns that a major global debt wave could impact the world economy this year.

“China is the biggest emerging economy… the ‘debt-fuelled’ investment boom there could result in non-performing loans and a corporate debt crisis. Given the size of China’s economy, spillovers to other emerging economies could be ‘significant’… Total public and private debt in emerging and developing economies has increased dramatically over the past 50 years — from 47 per cent of GDP to around 170 per cent… Government debt has doubled to 50 per cent while private debt has risen sixfold to 120 per cent,” according to South China Morning Post.

This accumulation of debt isn’t restricted to developing nations alone. Household debt in Britain is at around 84 percent and that of the U.S. is at 74 percent. Japan’s corporate debt is at 100 percent of its GDP. America’s Debt to GDP ratio exceeds 100 percent while Japan’s numbers exceed 230 percent. According to the Institute of International Finance, the world debt crossed US$250 trillion in the first six months of 2019. Debt buildup all across the world has been so swift and large that a major pullback is almost a certainty.

At present, interest rates are low and will likely remain at these levels in the foreseeable future due to restrained consumer demand and low inflation. The World Bank warns that all previous debt waves kicked off during extended periods of low interest rates that encouraged markets to keep borrowing. As such, there is a real risk that the current debt wave will follow the pattern of the previous waves and end up in a catastrophic debt blowup that will shake the world economy.

In October, the International Monetary Fund (IMF) also issued a strong warning about the state of world debt. “Low interest rates are encouraging companies to take on a level of debt that risks becoming a [US]$19tn time bomb in the event of another global recession… almost 40 percent of the corporate debt in eight leading countries — the U.S., China, Japan, Germany, Britain, France, Italy and Spain — would be impossible to service if there was a downturn half as serious as that of a decade ago,” according to The Guardian.

Though regulations on banks have tightened up after the 2008 crisis, the IMF points out that the financial risk has not been minimized. Instead, the risk has simply migrated to the corporate sector. The organization asked countries to reconsider giving tax breaks to companies on their debt interest payments, a policy it believes is the major reason for businesses mindlessly accumulating debt.