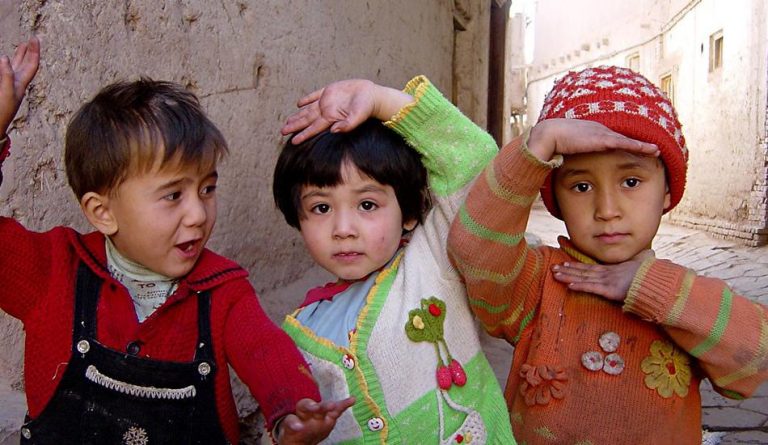 Uyghur children have been separated from their families. (Image: sherpas428 via Flicker)

Beijing’s persecution of Uyghurs is not only affecting adults but also Uyghur children, according to a media analysis of a state planning document that was published on the government website.

Uyghur children separated from their families

The planning document shows that “nearly a half million children have been separated from their families and placed in boarding schools so far… and the ruling Communist Party has set a goal of operating one to two such schools in each of Xinjiang’s 800-plus townships by the end of next year (2020),” according to The New York Times.

The Party offers the schools as a way to fight poverty, arguing that they are ideal for kids whose parents work in remote areas or who are unable to care for them. This sounds like such a reasonable argument to many impoverished families in rural regions that they buy into it and send their kids to such schools, especially if they are a bit older. But families, where the parents have been detained, are threatened by being told that their kids will be sent to these institutions.

Once enrolled, the children undergo indoctrination that seeks to cut them off from their culture and heritage. The aim is to mold the kids into adults who live by Party rules. Since such schools are strictly off-limits to outsiders, not much is known about what actually goes on inside the premises. To make the school indoctrination project a success, the government has hired thousands of teachers from all over the country. Teachers who resist the campaign are warned that they will be jailed.

Uyghur children in boarding schools are only allowed to visit their families once every one or two weeks. This is done to ensure that they are cut off from the religious atmosphere in their homes for as long as possible. During a visit to a kindergarten in Xinjiang, the top official of the region asked educators to ensure that the children “love the Party, love the motherland, and love the people.” Beijing has faced severe criticism for its treatment of Uyghur children.

“The Chinese government’s forced separation of children is perhaps the cruelest element of its oppression in Xinjiang… Children should be either immediately returned to the custody of relatives in China or allowed to join their parents outside the country,” Sophie Richardson, China director at Human Rights Watch, said in a statement (HRW).

Death of a child

In December, it was reported that a 5-year-old boy in Xinjiang died while his parents were in jail. The boy was under the care of his grandparents and was discovered frozen in a ditch covered with snow. The child’s mother was sentenced to 10 years in prison for preaching Islam, while the father was jailed simply because his wife was involved in banned activities.

“We heard the news of his death… during the flag-raising ceremony… Our village party secretary told us to take good care of our children. According to what he said, his parents are undergoing education and he was in the care of his grandparents, who because of poor health cannot go outside,” a resident from the region said to Radio Free Asia.

Both parents were apparently unaware of their child’s death at the time of reporting. The boy is believed to have fallen into the water and suffocated before being frozen. Since the grandparents were about 70 years old, it was their neighbors who dug up the child from the ice.