The Art of Speaking 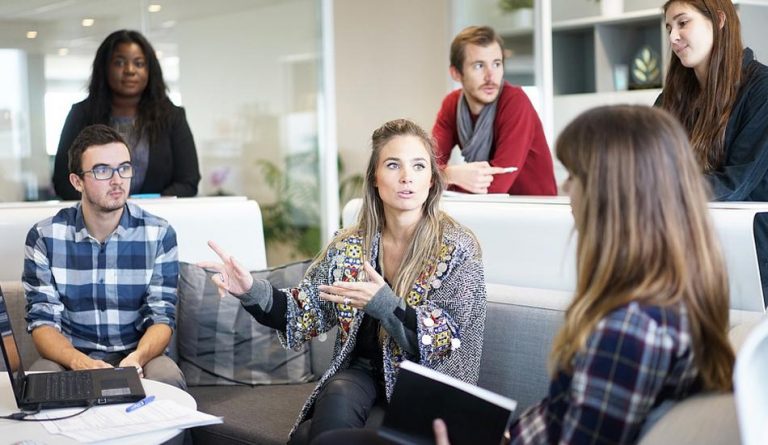 There is an ancient Chinese saying: “Sickness enters through the mouth; misfortune comes out of it.” The Chinese saying articulated the art of speaking — only speak of meaningful words. Zeng Guofan was a Chinese statesman, military general, and Confucian scholar of the late Qing dynasty. He once said: “You should not act as you desire, you should not say as you wish,” after he accidentally offended someone with his words.

On Zeng Guofan’s father’s birthday, Zheng Xiaoshan, an old friend and a colleague of Zeng in the imperial court, came to congratulate the senior Zeng. At that time, Zeng Guofan had just become a member of the Hanlin Academy, a prestigious academy that was confined to an elite group of scholars who performed secretarial and literary tasks for the imperial court. Zeng was so proud of himself that he boasted about his accomplishment repeatedly to Zheng Xiaoshan. Zheng found it so annoying that he left in anger. After this incident, Zeng Guofan reflected on his mistake and regretted his actions.

We should be mindful of Zeng Guofan’s words and actions as summarized in his six rules on the art of speaking:

1. Do not speak bluntly

Speaking is an art. Humans have self-esteem and pride; speaking bluntly with each other without caring about others’ feelings can easily cause embarrassment and anger. Zeng Guofan cautioned his son: “Since ancient times, there are two main reasons for failure, one being arrogance and the other being overly verbose.”

Speaking bluntly or gently can have different effects. Getting others to listen is the key to communicating with others. If the tone of speaking is offensive, no matter how sincere and valuable the words are, they are worthless if no one is willing to listen. Polite and tactful expressions earn people’s respect, allow room for thoughts, and stabilize emotions, which facilitates further dialogues.

Gossipers are annoying, especially the ones who gossip behind someone else’s back. Zeng Guofan wrote in his book: “Nonsensical people often speak nonsense.” People who often gossip and make a big deal out of a small matter are not genuine. Gossip will eventually be heard by the person who has been bad-mouthed. A wise person will not waste their time and energy on gossiping; instead, they will take the time to learn and improve.

In life, we often meet people who like to complain. They would complain about themselves or others. As a matter of fact, complaining is useless and not helpful for resolving problems. No one wants to listen to complaints all the time, and neither do you. Complaining dampens one’s mood and creates a negative energy field. The wise thing to do is to calm down, reflect on what went wrong, look for a solution to the problem, and find an opportunity to improve next time.

One must be honest in deeds as well as in words. Do not tell lies if you do not understand or do not know about something. When lies are told, they cannot be retracted. “Speaker is careless, the listener is attentive.” This old saying tells us that when others hear lies from you, they will cast doubt on your character and impact your reputation negatively. Speaking clearly without making false statements conveys an impression of reliability and emotional intelligence.

5. Do not speak arrogantly

When interacting with people, you should act with modesty and should not speak with arrogance and pride, which agitate people. You also should not make promises you can’t keep, or you will suffer losing the credibility and trust of others.

Zeng Guofan often warned his children in his letters to them that one should act with kindness and speak with respect. Speaking with thoughtfulness and respect for others are signs of tolerating others and yourself. Avoid hurtful words and learn to refrain from cursing. Hurtful words are no less powerful than a mental atomic bomb. Before you speak, think about what you are about to say through in your head to eliminate harmful words.

Think before you speak to ensure whether you follow the aforementioned six rules, whether you consider others’ feelings, and whether your words are appropriate for the occasion. Every word you say reveals the level of your character.