Arson Is Not the Main Cause of the Australian Fires 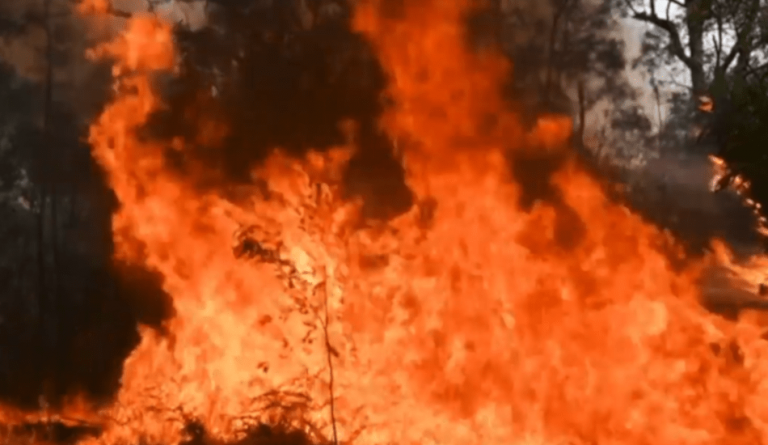 Bushfires have caused massive damage throughout Australia to an extent never before seen in the country’s history. (Image: Screenshot / YouTube)

A false claim that the Australian bushfires were the handiwork of a few arsonists has gone viral on social media. The truth is that even though some people have been charged with arson for igniting fires, it is not the major reason why Australia is currently under siege of massive bushfires.

“I can confidently say the majority of the larger fires that we have been dealing with have been a result of fires coming out of remote areas as a result of dry lightning storms,” Ben Shepherd, NSW Rural Fire Service (RFS) Inspector, said to ABC News. According to ABC’s own analysis, only about 1 percent of the land burned in New South Wales could be attributed to arson.

In Victoria, a region where 4,600 square miles have been affected by the fires, just 1.5 square miles or 0.03 percent are thought to have been burned as a result of suspicious activity. In South Australia, almost none of the destructive fires are being treated as suspicious. It is only in Tasmania that arson is said to be the main cause of fires. Of the 135 square miles burned down, almost 81 square miles were burned deliberately, according to a Tasmanian Fire Service spokesperson.

The viral fake news seems to have been triggered by reports that suggested almost 200 people have been charged with sparking bushfires in Australia. However, a deeper look reveals that only 24 people out of the 200 are actually facing criminal charges for starting fires. And none of them managed to ignite any of the major bushfires that are making the headlines.

Researchers Timothy Graham and Tobias Keller looked into the hashtag #ArsonEmergency that was trending since the start of the year and discovered that it is being promoted by groups with vested interests. “We found many accounts using #ArsonEmergency were behaving ‘suspiciously’, compared to those using #AustraliaFire and #BushfireAustralia. Accounts peddling #ArsonEmergency carried out activity similar to what we’ve witnessed in past disinformation campaigns, such as the coordinated behaviour of Russian trolls during the 2016 U.S. presidential election,” they wrote in an article at The Conversation.

The bushfires have caused massive damage throughout Australia to an extent never before seen in the country’s history. In the most populous state of New South Wales, over 1,500 homes have been destroyed with more than 650 damaged. Twenty-seven people have died due to the fires, including firefighters. Air quality in some places has become intolerable. Last month, the air quality in Sydney was recorded to be 11 times the “hazardous” level.

Almost half a billion animals are believed to be dead or injured due to the fires. In NSW, a third of the Koala population is estimated to have been killed. Some of the species that tend to concentrate in few regions could have been caught in the fires, essentially making them extinct.