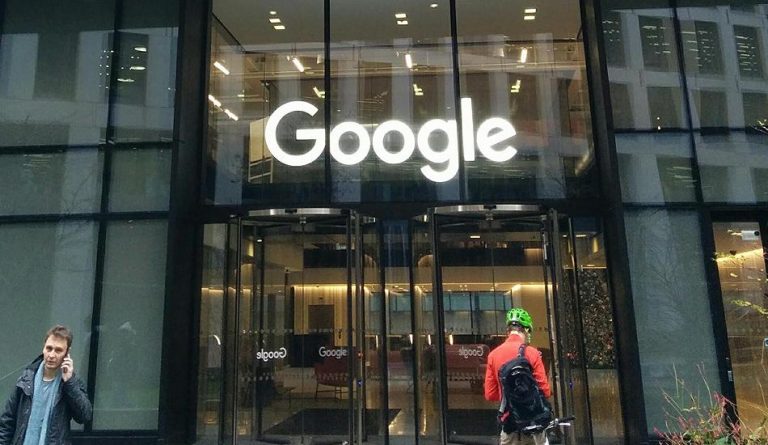 Google denied LaJeunesse a good position despite the fact that he was among the top employees at the company. (Image: wikimedia / CC0 1.0)

Ross LaJeunesse was once the head of global international relations at Google. Today, he is campaigning for a seat in the U.S. Senate. In a recent write-up at Medium, the former Google employee revealed how the company constantly neglected his concerns about human rights due to the firm’s business interests in China in spite of the company’s motto “Don’t be evil.”

LaJeunesse joined Google in 2008, inspired by the company’s ideal “Don’t be evil.” Two years later, he was the Head of Public Policy for the Asia-Pacific and got to execute the company’s decision to stop censoring results in China. He was proud that Google pulled out its search engine service from the country, putting human rights ahead of Chinese money. In 2012, he was assigned as the Head of International Relations. Everything seemed to go well until 2017. LaJeunesse came to know that Google was moving ahead with the development of a censored search engine to be launched in China codenamed “Dragonfly.”

He also realized that Google was trying to gain contracts in Saudi Arabia, a country with a horrible history of human rights violations. To LaJeunesse’s surprise, the team pursuing the deals let him know that they were hiring their own policy team so that his ideas would not end up blocking the potential contracts. In December 2017, Google announced that it would be opening an Artificial Intelligence center in Beijing. Concerned by where Google was going, LaJeunesse advocated the setting up of a company-wide human rights program similar to the UN Declaration of Human Rights to ensure that the company’s products always comply with such values.

But every time he recommended them, the senior executives responded negatively. “As someone who had consistently advocated for a human rights-based approach, I was being sidelined from the on-going conversations on whether to launch Dragonfly. I then realized that the company had never intended to incorporate human rights principles into its business and product decisions. Just when Google needed to double down on a commitment to human rights, it decided to instead chase bigger profits and an even higher stock price,” he writes in Medium.

LaJeunesse was told that the company no longer had a position for him due to “reorganization.” This despite the fact that LaJeunesse was a member of an elite program that was only reserved for Google’s “most critical talent.” Even though he was eventually offered a small role, LaJeunesse decided that it was better to leave the company than continue.

Last year, a report by Amnesty International warned that companies like Google and Facebook were becoming a threat to human rights. It argued that these companies have become so powerful that even governments and regulators were incapable of keeping them accountable.

“Amnesty described Google and Facebook’s predominantly ad-based business models as ‘surveillance-based,’ and said the ‘mass harvesting and monetization of data — primarily for the purpose of advertising — has meant that surveillance has become the ‘business model of the internet’… The final piece of this business model is to sell access to this information to anyone who wishes to target a particular group of people — thereby letting advertisers target people online,” according to Business Insider.

Google’s decision to host an app called “Absher” was also criticized heavily by rights groups last year. The app basically allowed men in Saudi Arabia to keep track of where women traveled. The app has been downloaded more than a million times.