Are Wildflowers a Natural Alternative to Pesticides? 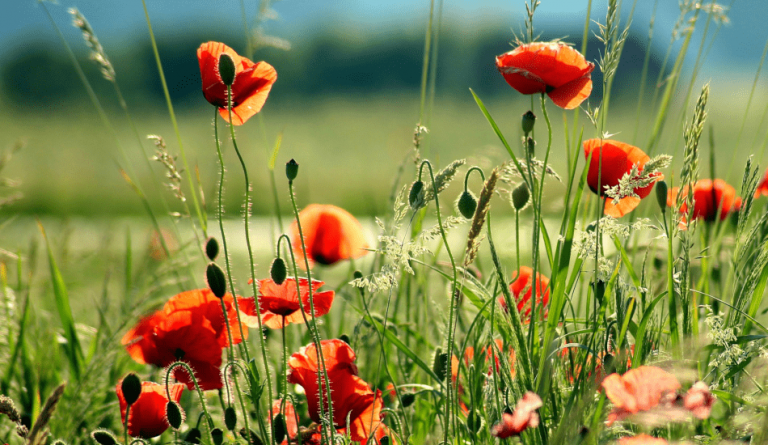 In order to cut down on pesticide use, farmers are experimenting with planting wildflowers together with their crops. (Image: _Alicja_ via Pixabay)

With research constantly reminding us of the negative consequences of using pesticides, there is a growing international movement to make farming pesticide-free. The idea is to implement natural alternatives that will deter pests and ensure that the crops and soil are not exposed to harmful chemicals. One method that farmers use is to plant wildflowers together with their crops.

The practice of planting wildflowers around crops is something that farmers have been doing for a long time. “The flower beds provide a home for beneficial pest-predators such as parasitic wasps. These wasps are beneficial because they eat aphids and aphid larvae. The flower strips being planted are known as a ‘bug highway.’ They are planted in between the crops. When mixed with herbs, studies have shown that these flower strips are effective in reducing the leaf damage associated with crops,” according to Disclose.

In England, the Center for Ecology And Hydrology is conducting an experiment to test the efficacy of wildflowers in keeping pests away. In the autumn of 2017, they planted strips of wildflowers on 15 farms across the country. The strips are about 20 feet wide and take up just 2 percent of the total field area. The study will be carried on for a period of five years. In Switzerland, such trials are being conducted using coriander, poppy, cornflowers, and buckwheat.

It is estimated that almost 1 billion pounds of pesticides are used in the U.S. every year, with 90 percent being accounted for by the agricultural sector. As a consequence, almost 62 percent of vegetables and 82 percent of fruits produced in the country contain toxic chemicals. These harmful substances go inside our bodies, causing severe medical complications. In addition, almost 2.5 million farmworkers live with the risk of pesticide poisoning. It is, therefore, necessary that methods like planting wildflowers are adopted widely to cut down the negative impact of pesticides on society.

A 2016 study proposes that farmers don’t even have to plant a different species like wildflowers to protect their crops. Instead, they can get the same results by planting different varieties of the same crop. “For a long time, scientists and farmers have noticed that when farms have greater plant diversity, they have fewer problems with insect pests… What we found was that all these insects have a very specific nutrient level on which they thrive, grow fast, and have high survival… When they get the wrong level of nutrients, they do very poorly,” William Wetzel, co-author of the study, said to Take Part.

One method that farmers in the West have adopted is to use beneficial insects against harmful pests. For instance, insects like ladybugs and mites are known to attack and kill pests that infect crops. By using such insects, the use of pesticides is minimized. Another method involves growing crops under modified climatic conditions.

“There are a whole range of growing practices called ‘protected culture’ that range from a simple rain shield to a passive greenhouse to a high-tech greenhouse with complete climate control. These measures provide relief from certain diseases that would otherwise be fostered by rain. In some cases the system excludes insect pests all together,” according to Science 20.

Another approach being taken is to genetically modify crops so they are capable of surviving pests and other diseases. Scientists hope that in the future, by using gene modification, they will even be able to create fast-growing crops that cut down harvest time significantly, thus ensuring global food security.