Why This Nobel Prize Winner’s Apology Is Making Headlines 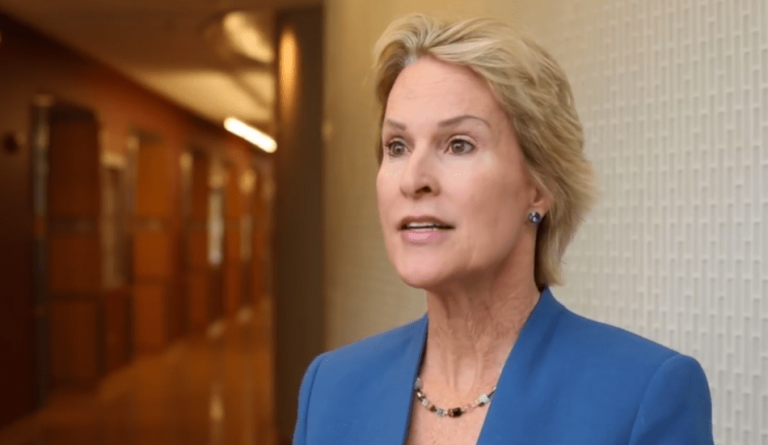 Dr. Frances Arnold issued an apology for a published research paper that had to be retracted since the results of the experiments could not be duplicated. (Image: Screenshot / YouTube)

Dr. Frances Arnold is a chemical engineer who won the Nobel Prize for chemistry in 2018. She is currently making headlines for a tweet in which she apologized for a 2019 paper that has been retracted.

“It is painful to admit, but important to do so. I apologize to all. I was a bit busy when this was submitted, and did not do my job well,” Arnold said in a tweet. The paper that was retracted was initially published in the May 2019 issue of the journal Science. The subject dealt with how the enzymes present in E. coli bacteria could be made to evolve in a manner that would give them a high degree of precision with regard to controlling where chemical reactions happened.

The paper, titled Site-selective enzymatic C‒H amidation for synthesis of diverse lactams, was published together with Inha Cho and Dr. Zhi-Jun Jia, both of whom work with Dr. Arnold at the California Institute of Technology. However, the journal recently retracted the paper since the results of the experiments could not be duplicated. Reproducibility of results is a cornerstone of validating scientific tests, failing which the experiment cannot be deemed a success.

“Efforts to reproduce the work showed that the enzymes do not catalyze the reactions with the activities and selectivities claimed. Careful examination of the first author’s lab notebook then revealed missing contemporaneous entries and raw data for key experiments. The authors are therefore retracting the paper,” the journal said in a statement (BBC).

Many scientists and researchers have voiced their appreciation of Dr. Arnold’s reaction to the retraction. The fact that, despite being a Nobel winner, Dr. Arnold did not try to justify her mistakes, but just flatly accepted them, has impressed many people.

Dominique Hoogland, a researcher at King’s College London, tweeted that Arnold’s response goes to show how anyone can make an honest mistake. Reproducibility of experiments is currently a hot topic in the international scientific community. A survey conducted by the journal Nature found that almost two-thirds of researchers failed to reproduce another scientist’s experiments.

Dr. Arnold won the Nobel Prize for her work on directed evolution of enzymes, proteins that catalyze chemical reactions. The method was first pioneered by her in the early 1990s and has been refined over the decades. Dr. Arnold’s enzymes have been used to create a host of products, from medicines to laundry detergents. Prior to the ’90s, Dr. Arnold was not successful in rebuilding enzymes due to what she calls an “arrogant approach.” Her way of using the methods of evolution led Dr. Arnold to new discoveries.

“She tried to change an enzyme called subtilisin. She wanted it to accelerate change in an organic solvent, so she created random mutations in the enzyme’s genetic code and introduced the mutated genes to bacteria that then created different types of subtilisin. Dr. Arnold selected the type of subtilisin that performed the best. Once she found the best variant of subtilisin, she continued to mutate it until she had the very best version,” according to The New York Times.

Dr. Arnold was initially ridiculed by some people who thought that her methods were not scientific. With her Nobel Prize win in 2018, she disproved all her critics. Dr. Arnold is currently a member of the board of directors at Alphabet, Google’s parent company.