Celebrities Step Up to Help Effort Against Australian Wildfires 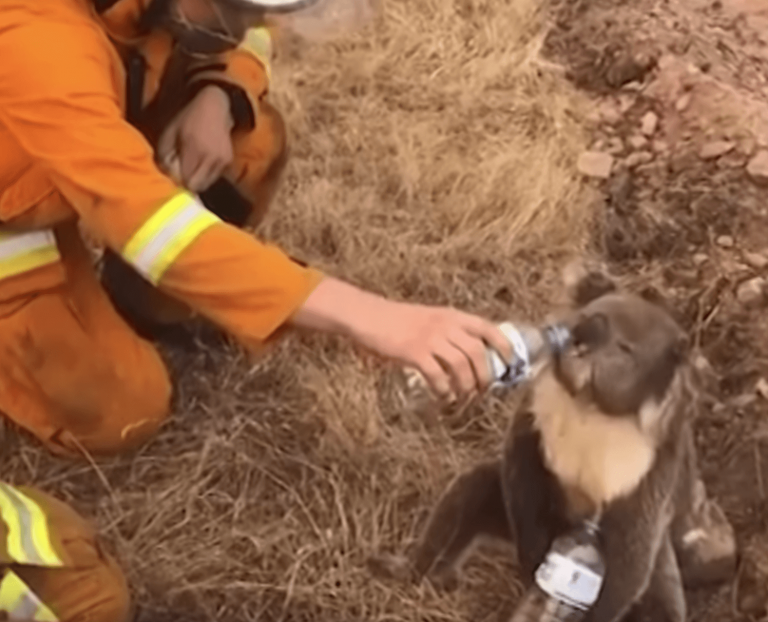 A firefighter helped a thirsty koala from a water bottle in South Australia as fires continued to rage in the area. (Image: Screenshot via YouTube)

The ongoing Australian wildfires have put many lives in jeopardy. It has gained worldwide attention, and many celebrities have extended helping hands to raise awareness and donate money for the catastrophe.

Celebrities have come to give assistance to quell the ongoing wildfires in Australia. Stars like Ellen DeGeneres donated and even honored Australia in her speech as she accepted her Carol Burnett Award during the 2020 Golden Globes. Musicians, actors, and athletes have also pitched in to spread awareness and ways to donate money and relief goods for the country.

As quoted by Insider, Ellen said: “Australia, I love you. My heart goes out to everyone suffering in Australia, all the animals that we’ve lost.” Aside from her powerful speech, Ellen DeGeneres set up a GoFundMe page to accumulate a total of US$5 million for relief.

The Australian wildfires have been getting worse throughout the decades, but what’s happening now is arguably one of the most devastating catastrophes the country has ever seen. Bushlands, wood areas, and national parks like the Blue Mountains are being balded. Not only that, the fire has made its way to urban areas like Sydney and Melbourne, wreaking havoc on many homes and blanketing the sky with thick smoke. In fact, the air quality in Sydney is now 11 times the “hazardous” level.

Reports say that at least 28 people have perished, along with up to a billion poor animals caught in the blaze. The effect is nationwide, but the residential areas in the state of New South Wales (NSW) were the most heavily damaged ones. As reported by CNN, more than 100 fires are still burning in NSW alone. And even with consistent efforts to snuff out the wildfires, authorities are struggling still. Small blazes are contained in a matter of days, but the infernos take months to extinguish.

Why did this happen?

Scientists have linked this overwhelming disaster with the effect of climate change. According to Newsweek, University of Sydney ecologist Glenda Wardle told the BBC: “It’s not every weather event that is the direct result of climate change. But when you see trends… it becomes undeniably linked to global climate change.” The Bureau of Meteorology (BOM) of the Australian government also made a report about the frequency of wildfires last spring: “The dangerous fire weather conditions during spring 2019 is consistent with the increasingly severe fire weather seen in many areas of the country, owing to increasing temperatures and reduced cool season rainfall.”

Arson is also another angle being taken into consideration. Ben Shepherd, a New South Wales Rural Fire Service Inspector, told The Australian that many of the fires were intentionally lit. Total fire bans are also being ignored by some people, which made the situation worse. “This kind of activity is dangerous and stupid… and the real issue is the severity of the risk when the environment is so dry and windy and conducive to fires spreading extraordinarily quickly,” he said.

Aborigines and Aussie farmers had a system of burning excessive ground cover that can trigger fires on their properties. What this did was prevent the fires from spreading; their fuel was cut off. These are known as fuel reduction burns. Environmentalists and supporting political parties like The Greens have prevented these essential burns, citing animal and bird cruelty. So when the fires came, there was so much more fuel to burn and spread, and they did. This is another reason for the severity of this year’s wildfires.