Many Traveled Home to Taiwan for Election 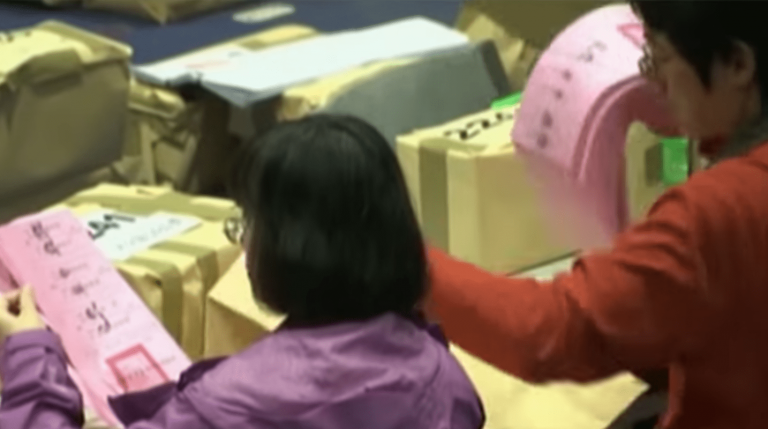 The Taiwan election attracted a large number of voters, with tens of thousands traveling from abroad to cast their votes. (Image: YouTube/Screenshot)

On January 7, the Central Election Commission of Taiwan announced that more than 19.3 million voters were registered to vote in the election on January 11. The election attracted a large number of voters, with tens of thousands traveling from abroad specifically to cast their votes. The pervasive belief is that this election would determine whether or not Taiwan can continue on its path of democracy and freedom.

Many went back home to vote because of what’s happening in Hong Kong and the deterioration of cross-strait relations with Mainland China, which increased the anxiety and fear of the electorate. Prior to the election statements such as “I’m afraid this could be the last time we can vote” and “This election is very crucial to Taiwan democracy” had been spreading on social media. These sentiments played a large role in the decision to return to their country to vote.

Amy Chang Chien’s article in The New York Times described the perspectives of a couple of young voters who cast their ballots. 23-year-old Willie Yu said he had come out to vote because: “I hope Taiwan can preserve its democracy and freedom.” Allen Hsu, who is studying in Hong Kong, returned to Taiwan to vote. He said: “Having seen what’s happening in Hong Kong, I get it, the so-called one country, two systems is a Communist lie. I hope Taiwan doesn’t end up sharing the same fate, with my children having to take to the streets 20 years from now to oppose the Communist Party.”

Stacy Lin, aged 20, is a first-time voter living in the capital city of Taipei. She told Reuters: “I saw what’s happening in Hong Kong and it’s horrible. I just want to make sure I have the freedom to vote in the future.”

After winning the election Tsai Ing-wen thanked all the voters for taking part in the election regardless of who they voted for as that is putting democratic values into practice. She stated: “We will also continue to work to keep our country safe and defend our sovereignty.” Later, at a protest in Taiwan for Hong Kong, she added: “Our friends in Hong Kong will be glad for the outcome of the election.”

The famous pro-democracy activist Joshua Wong said on Twitter: “Tsai Ing-wen’s victory was a ‘precious moment’ for people of HK. Today is the day for the majority of Taiwanese to choose their fate, to safeguard their democracy & freedoms, and most importantly, to say no to CCP’s authoritarian invasion.”

A tweet from a user in Hong Kong exclaimed: “We in Hong Kong are very happy to hear of this good result! We look forward to democracy in Hong Kong soon! We are still fighting for universal suffrage and hope that we will one day celebrate like the Taiwanese! The Global Magnitsky Human Rights Accountability Act is the way to go! Everyone stands by it.”

Another Twitter user commented: “Congratulations from Hong Kong! The Taiwanese have demonstrated their determination to defend their country from the influence of the Communist Party of China. That is the beauty of democracy. We hope that one-day democracy will prevail in Hong Kong.”

Randall G. Shriver, former U.S. Assistant Secretary of Defense for Asian and Pacific Security Affairs, congratulated Tsai Ing-wen for her success in the election. He commented that many people in China are thinking: “Why can’t we go to the polls and why can’t we choose our own leaders?” With every successful election in Taiwan, the mainlanders ask themselves why they cannot enjoy the same privileges and rights as Taiwan, especially since the CCP does not have the full legitimacy of an elected government.