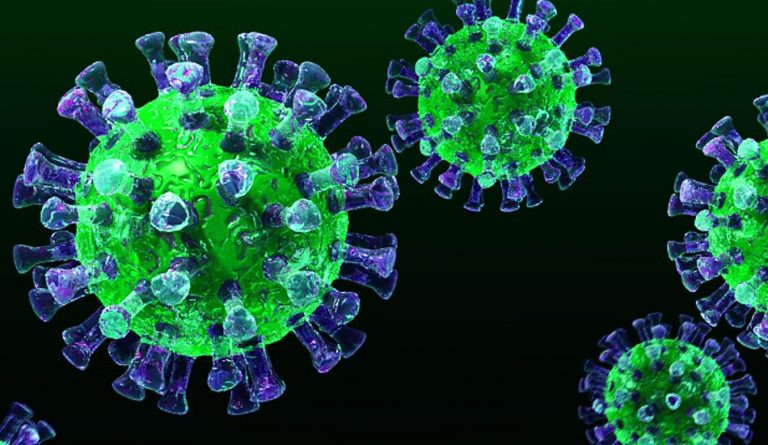 COVID-19 is basically caused by an RNA virus that is prone to undergoing mutations during its replication process. (Image: Scinceside via Wikimedia Commons)

People in the city of Wuhan are under the grip of a mystery virus outbreak. One person has been confirmed dead and over 40 people have been affected. Initial investigations suggest that the virus spreading pneumonia among Wuhan residents is a new type of coronavirus, coming from the same family of viruses that caused the MERS and SARS epidemics.

“Coronaviruses can spread through coughing or sneezing, or by touching an infected person. Common symptoms include a runny nose, headache, cough, and fever. Shortness of breath, chills, and body aches are associated with more dangerous kinds of coronavirus,” according to NBC News.

The World Health Organization (WHO) identified a seafood market in Wuhan as being the starting point of the outbreak. Initially, it was believed that the infection was contained within the city. However, a person traveling from Wuhan to Thailand was hospitalized recently with mild pneumonia and tests have confirmed that the individual is infected with the new coronavirus. As such, it can no longer be said that the virus is limited to Wuhan.

The person, a 61-year-old woman, has been admitted to the Bamrasnaradura Infectious Diseases Institute in Bangkok. What makes her case unique is the fact that she has never visited the seafood market that was linked with the initial outbreak. As such, it would suggest that the new virus might be transmitted from humans to humans rather than just animals to humans as previously speculated. If this is true, it means that the virus has the potential to quickly spread across cities and countries.

WHO is considering organizing an emergency committee meeting to deal with the issue. A spokesperson claimed that there was “no clear evidence of human-to-human transmission.” However, the organization is yet to determine exactly how the virus is spreading. “The possibility of cases being identified in other countries was not unexpected, and reinforces why WHO calls for on-going active monitoring and preparedness in other countries… Given developments, WHO Director-General Dr. Tedros Adhanom Ghebreyesus will consult with Emergency Committee members and could call for a meeting of the committee on short notice,” the organization said in a statement (VOA News).

According to Peter Daszak, the president of EcoHealth Alliance, the death of one person has made this virus a “significant concern.” Authorities in China have shut down the seafood market in Wuhan and have disinfected the entire area. 739 people who have been in close contact with hospitalized patients are being observed.

In Shenzhen, a 41-year-old Indian teacher has been admitted for pneumonia. Her travel records show that she has not traveled to other Chinese cities in recent months. The patient apparently developed a cough and fever after New Year, but chose not to visit a doctor. After getting hospitalized on Jan 11, she experienced severe respiratory failure.

Medical tests have ruled out the presence of Wuhan coronavirus and other possibilities like MERS, SARS, and influenza. However, the fact that the hospital made such an analysis within just 24 hours of the patient getting admitted has raised eyebrows. According to Sean Lin, a microbiology expert, testing for coronaviruses usually takes more than a day. “I believe the conclusion was premature,” he said to The Epoch Times.

It is also suspicious that while other Asian countries like Thailand have reported possible cases of the Wuhan coronavirus, China seems to claim that the virus is somehow limited to just Wuhan alone and has not spread to other cities. Authorities have strictly restricted any discussion about the subject online. In fact, eight people from Wuhan were reportedly arrested for talking about the virus on social media platforms.