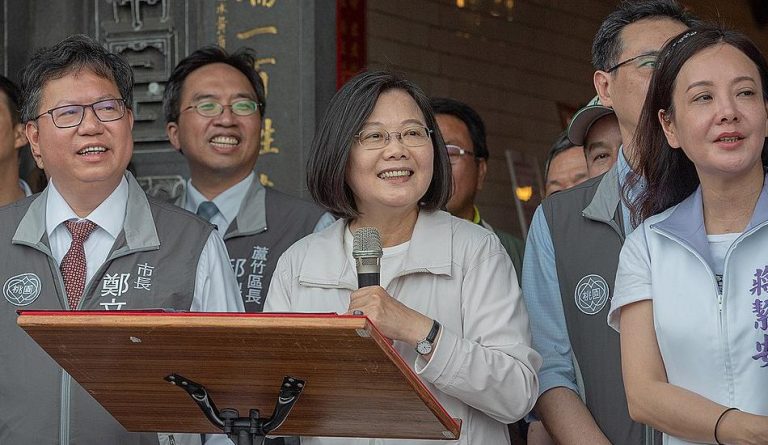 Tsai Ing-wen, the current president and a vocal advocate of Taiwan’s democracy, has secured a second term as the leader of the country. (Image: Makoto Lin / Office of the President via wikimedia CC BY 2.0 )

The Taiwanese election results are in and it is something that Beijing won’t be too happy about. Tsai Ing-wen, the current president and a vocal advocate of Taiwan’s democracy, has secured a second term as the leader of the country. She secured about 57 percent of the vote, which put her far ahead of pro-China rival Han Kuo-yu.

Tsai received a record-breaking 8 million votes this time, which is a clear signal from the public that the island does not want China meddling in their affairs. The ongoing protests in Hong Kong played to Tsai’s advantage as they reminded the Taiwanese people how much they stand to lose if Beijing were to attain its dream of “One China” and annex Taiwan.

The 2020 election saw a voter turnout of 74.9 percent, which is higher than the 2016 figure of 66 percent. Tsai won 57.1 percent of the vote while the opposition party member Han Kuo-yu only secured a 38.6 percent vote share. Of the total 113 seats, Tsai’s DPP party won 61 while Han’s KMT party won 38 seats. Though the KMT advocates closer ties with China, it also denies the unification offer put forward by Beijing.

Despite the fact that Tsai won an overwhelming majority, it failed to translate into party votes, which is a legislative ballot that gives out seats to legislators depending on popular support for their parties. The legislative party votes ended up being almost evenly split, with the DPP and KMT getting 33.9 percent and 33.3 percent of the votes.

“In the legislative party vote, the KMT and the DPP were almost evenly divided and that tells me the people voted for Tsai, not necessarily her party… So going forward, the KMT has reason to believe that in the future, if they get their act together, they can play a role in leading Taiwan, perhaps with a better candidate and a better policy agenda,” Bonnie Glaser, a Taiwan expert at the Center for Strategic and International Studies in Washington, D.C., said to Hong Kong Free Press.

After Tsai’s win, several diplomats from around the world congratulated her. Dominic Raab, the Foreign Secretary of the UK, said that Taiwan’s elections are a testament to a vibrant democracy. Motegi Toshimitsu, the Foreign Minister of Japan, promised to deepen exchanges between the two nations. U.S. Secretary of State Mike Pompeo took to Twitter to give his wishes to Tsai.

“The U.S. congratulates Dr. Tsai Ing-wen on her re-election in #Taiwan’s presidential election. Taiwan once again demonstrates the strength of its robust democratic system. Thank you President Tsai for your leadership in developing a strong U.S. partnership,” he said in a tweet.

Rattled by the international support Tsai has gained, China issued a statement, rebuking countries for congratulating the Taiwanese president. China’s foreign ministry spokesman warned that Beijing was against any official exchange between Tsai and countries that have established diplomatic relations with China. In the mainland, state media tried to portray Tsai’s win as being the result of cheating and “dirty tactics.”