As the US Isolates Iran, Russia and China Step In 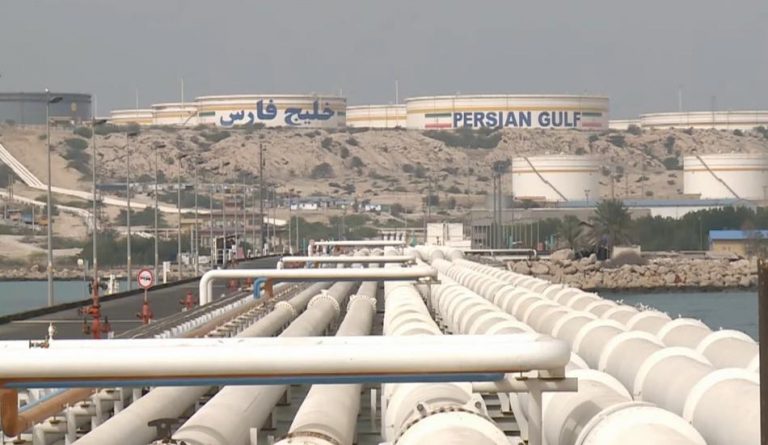 Russia and China have caught Iran from its continuous fall as they continue to strengthen their relations with Tehran as they see fit. (Image: YouTube/Screenshot)

With the scrapping of the Joint Comprehensive Plan of Action (JCPOA), known commonly as the Iran nuclear deal, and the imposing of “maximum pressure” on Iran, discouraging major European businesses from negotiations with the Middle Eastern country, Tehran is suffering economically. However, China and Russia have stepped in and remained allies, propping up the Iranian regime.

By withdrawing from the JCPOA and levying stricter sanctions against Iran, the U.S has undermined the Iranian economy. However, Russia and China have caught Iran from its continuous fall as they continue to strengthen their relations with Tehran as they see fit. Both have a long history with Iran. And to assess how this situation will play out in the future, it is in everyone’s interest to understand the trilateral relationship.

China has had Iran’s support since the 1979 Islamic revolution. The Chinese leadership has sold weapons and military equipment, developed a large number of infrastructures, has been a major importer of Iranian oil, and provided political security throughout the decades.

The Chinese regime plays a significant role in maintaining Iran’s energy sector as a major importer. Where the American and European investments left a gap during the international sanctions posed by the Bush and Obama administrations, China filled the space. Through state-owned Sinopec and the China National Petroleum Company (CNPC), Beijing acquired enormous stakes in the development of Iranian oil and gas fields. Moreover, Chinese technologies were also imparted to Iran to further improve energy resources.

China and Iran engage in military relations as well, such as the former selling tactical ballistic missiles and anti-ship cruise missiles to and running joint military drills with the latter. Other than that, Iranian nuclear programs were refined through Chinese technology and machinery. Currently, Tehran is included in Beijing’s “Belt and Road Initiative,” which will connect more than 60 countries.

More than ever, the Iranian leadership views and benefits from Beijing’s power to challenge the Trump administration’s influence in the Middle East, protecting it from the debilitating effects of the international sanctions.

With the current standoff between the U.S. and Iran, as a consequence of the death of Iranian military leader Qassem Soleimani, Iran may be losing China slowly as a major importer of crude oil. As reported by Oil Price: “China has significantly reduced its crude oil imports from Iran in recent months because of the U.S. sanctions on Iranian oil exports.”

Moscow and Tehran have built a foundation since the late 1990s. Much like China, the Russian and Iranian relationship dwells in the realm of the military, technology, and political interest.

The Kremlin developed ports and infrastructures on Iranian soil and even supplied its nuclear sector. Russia is also interested in the Iranian oil and gas industries, readily investing US$50 billion in 2018 and mobilizing Russian state-owned Zarubezhneft to a joint project to improve the production of two brownfields sites in Iran.

As for the military, Russia is a consistent investor in Iran’s missile defense system. As an example, Iran received the SA-20c SAM from its ally, which has “the flexibility of a highly mobile, long-range, strategic surface-to-air missile,” according to the Director of the U.S. Defense Intelligence Agency Lieutenant General Robert Ashley. Moscow also places its interest in the proliferation of Tehran’s civil aviation.

Unlike China, who is wary of the U.S. sanctions against Iran, Russia doesn’t falter since it’s under U.S. sanctions as well. Though Tehran had always been vigilant with its relations with Russia, it cannot dispense with the latter due to the current situation.

Looking deeper into the relationship

As the sanctions place a heavy burden on Iran, both China and Russia have become orbs of light in the dark. Both countries are saving graces for Iran, and it’s willing to please its saviors and somehow salvage what it can amid the United States’ pressure. A common theme between these dynamics is China and Russia importing Iranian oil. On the surface, it could be seen as Iran’s ultimate card in its relationship, but it’s far more than that. China isn’t committed to importing oil from Iran exclusively and Russia is one of the world’s largest oil exporters. This setup is just a way to keep Iran’s head afloat from the sinking waters.

One way to look at it is China and Russia’s goal to expand influence across the Middle East. With Iran in the center of world attention, China and Russia insert themselves in the spotlight as major influences in the Middle East and undermining the United States’ credibility as a world power. In a dollar-centric global economy, Beijing and Moscow are looking for ways to challenge this system, and they will likely continue to do so as Iran refuses to give in to the pressure of the United States.