Chinese Idiom: ‘Where Water Flows, a Channel Will Form’ 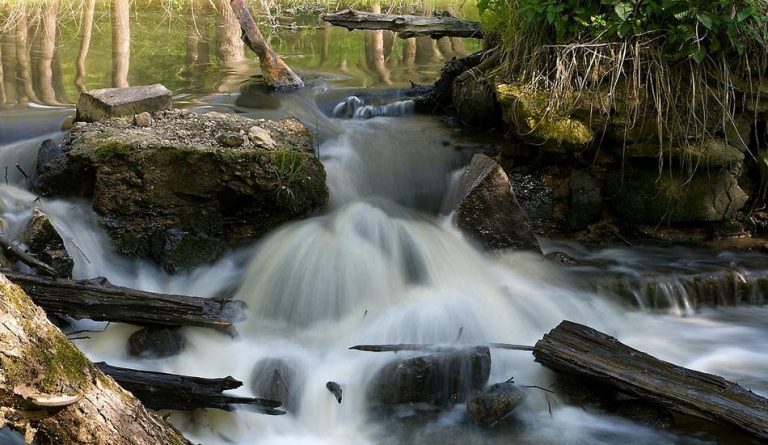 Success will come naturally when the conditions necessary for such success are fulfilled. (Image: via pixabay / CC0 1.0)

A popular Chinese idiom — ‘Where water flows, a channel will form’ — basically conveys the idea that success will come naturally when the conditions necessary for such success are fulfilled. There is an interesting story behind how this saying originated.

The story behind the idiom

Back during the Song Dynasty (960-1279), there lived a man named Su Shi, who is often regarded as one of the most influential politicians, writers, and poets of his time. The idiom owes its origin to a letter written by Su Shi to his friend in which he revealed how he planned to overcome a financial struggle during a specific period when he had no income, but a huge family to feed.

Su Shi decided that he would use 4,500 units of currency every month. He divided the total into 30 parts of 150 currency units. Each portion was then wrapped up and hung from the rafters of his home. Every morning, Su Shi would use a pitchfork to bring down one portion of the currency. A family member would then hide the pitchfork so that Su Shi would never be able to take any more money for the day.

Any money left after meeting the daily expenses was put in a thick bamboo tube as savings. It would be used to meet emergencies or to entertain guests. By following this practice, Su Shi calculated that his savings would last him for an entire year, before which he hoped other sources of income would open up. “Where water flows, a channel will form, so there is no need to worry about it until then. This is why I have no worry in my heart at all,” he wrote in the letter (Ancient Chengyu).

In China, people still use the idiom when trying to advise someone to wait until the conditions are ripe so that they can attain their goals. The idiom also carries with it a message that one need not fret unnecessarily to try to force a result.

The life of Su Shi

The Song Dynasty, during which Su Shi lived, was a significant phase in Chinese civilization. The population was exploding, education levels were rising, and artistic achievements were at their peak. Born in 1037, Su Shi passed the civil service exams at the age of 19 and soon became a rising star within the administration. In 1079, Su Shi was arrested since he had poked fun at the reformist movement that was very influential at court. A year later, he was exiled and ended up living in poverty.

It was during this period that Su Shi created some of his most famous verses. He was also a highly skilled painter. “The artworks he created were different from those artisans, craftsmen, or professional painters of the Imperial Academy. The bamboo plant and rocks, painted with brushstrokes that twist and turn, give a real air of elegance and grace. The lines may seem simple and yet they are incredibly varied and expressive,” Kim Yu, Christie’s International Senior Specialist in Chinese Paintings, said in a statement (Christie’s).

In 1086, he was recalled back into the administration. However, Su Shi was once again banished in 1094. Six years later in 1100, he was granted a pardon and posted to Changzhou. The following year, Su Shi passed away. In Modern China, Su Shi is regarded as one of the eight greatest prose masters of the Song and Tang periods.