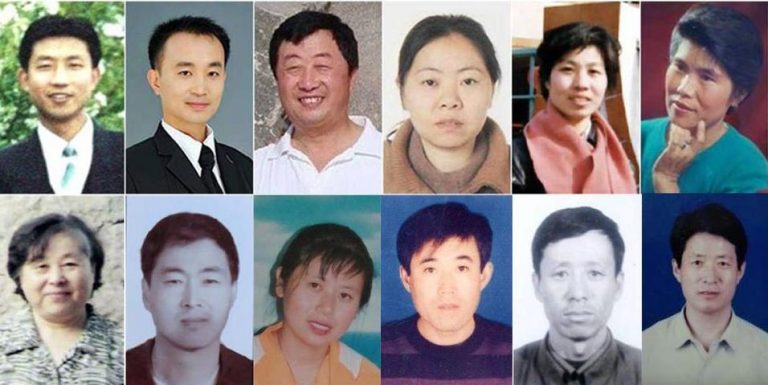 Some of the Chinese people who practiced Falun Gong who were killed by communist authorities in 2019. (Image: minghui.org)

Nearly 100 people who practice Falun Gong in China were confirmed to have been killed by the communist authorities last year, according to a report.

“Ninety-six Falun Gong practitioners in China were confirmed to have been persecuted to death for their faith in 2019, bringing the total confirmed death toll to 4,363 over the past 20 years of brutal suppression,” said a report published on the website on January 14 of the U.S.-based Falun Dafa Information Center.

“The deceased practitioners, 53 of them female, came from all walks of life, and included doctors, college professors, factory managers, bank employees, engineers, and farmers. Their ages ranged from 28 to 87, with an average age of 62.5,” said the report.

“Nineteen of the practitioners died while still being held in prisons, detention centers, and police stations,” the report said.

It began in northern China during the early 1990s. Easy to learn and free, it quickly spread through China and beyond its borders.

Due to the practice’s popularity, the communist state in China began to persecute Falun Gong practitioners in 1999.

The report published on the Falun Dafa Information Center website also gave some details of those who had been killed.

“The confirmed deaths took place in 23 provinces and centrally controlled municipalities, with Shandong Province registering the most cases (16), followed by Heilongjiang (11) and Liaoning Province (10). The other provinces and municipal regions all had single-digit cases,” it said.

The center’s report was an abridged version of a longer one published by the Falun Gong website minghui.org, which provides first-hand accounts on the persecution in China as well as about the practice more generally, including practitioners’ activities outside the mainland.

While the report said that the confirmed death toll is 4,363 over the past 20 years, researchers outside China fear that number is much higher, especially in light of reports of large but unknown numbers of practitioners being killed for their organs.

In 2006, allegations were made that large numbers of Falun Gong practitioners were being killed for their organs at a hospital in northern China and credible reports followed.

The International Coalition to End Transplant Abuse in China released a 700-page report in mid-2016 that demonstrated the extent of forced organ harvesting in China. The report estimated that 60,000 to 100,000 organ transplants are performed annually in China.

Last year, an independent tribunal, led by former international war crimes prosecutor Sir Geoffrey Nice QC, found that it has been proven beyond doubt that the Chinese state is killing large numbers of prisoners of conscience for their organs.

Based on a year-long investigation, the judgment’s findings prompted worldwide media attention.