Clear Sight: How to Avoid Bad Decisions Based on False Ideals 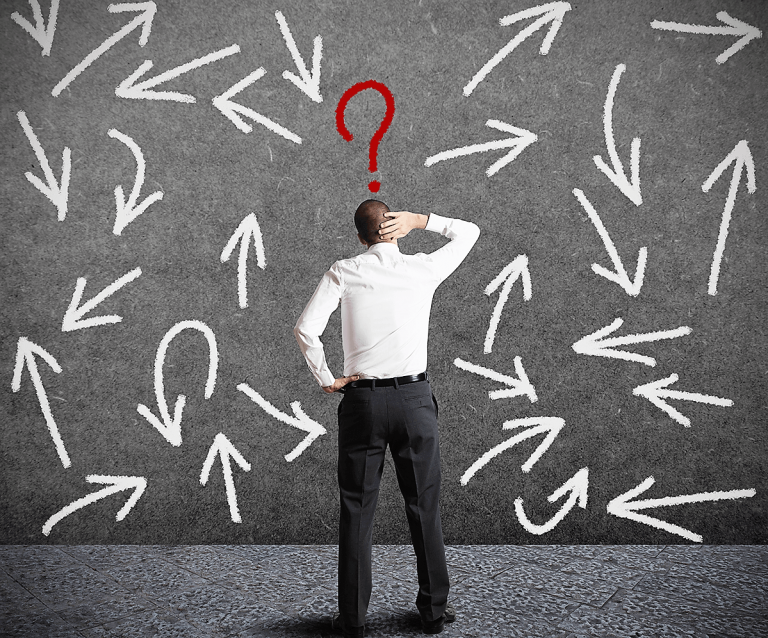 Decision making is probably the most important skill in life. Unfortunately, wrong ideals can get in the way of making good decisions. (Image: Alinaderi158 / CC BY-SA 4.0)

The human brain is wired to work in a certain way. Humans can’t help but compare one idea to another to ascertain which one is the better idea to help them avoid bad decisions.

It may be related to our need to compare the unknown to the already experienced. Or it may very well be the fact that value is always something relative to something else. So in order to make a judgment about anything, we will always have to compare it to something we have experienced before, or to an ideal.

Comparing things to past experiences

In other words, the challenges you encounter during self-development may very well change the biological makeup of your brain. Put bluntly, even if we say: “That’s just how I am.” We are actually wrong in that we are resigning to a negative idea or a false stereotype, when in fact we have the potential to change and adapt in ways that can make us even better versions of our old self.

Comparing things to ideals and stereotypes

Just a word can invoke images of violence and terrorists, or make you feel a certain way about a certain minority or religious group. Mass media plays a large roll in the construction of so-called “ethnic stereotypes.” There are many stereotypes we pick up as children from our parents, like “don’t play with money, it’s dirty” or don’t talk to strangers – “they are bad.”

As we grow up, we push these stereotypes into our subconscious. They become a sub-routine of our thought and judgment processes. These subconscious stereotypes become the building blocks of our objections, our inclinations, and more often than not, of our fears, hopes, and ideals.

For those who keep thinking money is dirty and “I need to stay away from it” — but who at the same time wish to live a happy life and be able to travel or fulfill certain material wishes — for these people, it’s often difficult to become financially successful or make the right financial choices.

″Money can be a tool to motivate you to achieve major milestones in your life, which can make you feel happier in the long run,” Jenny Jiao said in a press release. She is a study author and assistant professor of marketing at Binghamton University School of Management.

Life too often shows us, that “money can’t buy happiness”. But experience also shows that the way “you view wealth and materialism”, spirituality and the ideals set as judging milestones, all have an effect on how happy and satisfied you are with your life.

According to the study, after analyzing more than 7,500 German adults, researchers at the Binghamton University School of Management discovered that there is a difference between “happiness materialism” and “success materialism.”

Those who buy into “happiness materialism” — believing that wealth indicates a happy life — tend to run into several problematic factors. They tend to put “much time, energy and money” into material things, taking away the same resources from things that can make a positive contribution to their present state of life and satisfaction, like “family, work, and health,” the author of the press release wrote.

How ideals can affect relationships and business

Many magazines and mass media portray a happy relationship as being a consistent state of having “butterflies in your stomach.” Just take a woman in a relationship that has lasted for more than 4 years. Her partner is reliable, trustworthy and would do anything for her to make things harmonious between the two.

She reads in a magazine, watches on television, and hears on the radio that happiness in a relationship means to always have that tingling feeling in your belly — the idea of a relationship portrayed by many magazines and media. She thinks about her relationship and compares herself to the ideal she picked up. From the absence of the factors that make up her ideal of an ideal relationship, she concludes that her relationship has no future and it may be better to break up.

She realizes that there are no butterflies in her stomach anymore, which according to experts is rather the result of feeling uncertain, nervous, and anxious during the first 3 months of a new relationship. As soon as the routine kicks in, the fear of uncertainty ebbs away, and trust and reliance take over, which accounts for not feeling that tingling sensation in one’s belly after the first 3 months.

Even the decisions we make at work are often influenced by our ideals. We compare our ideal image of what a successful business deal looks like. If our ideal is a big one-time check rather than several smaller long-term deals, then our judgment will not allow us to consider any possibility that does not fit our ideal. In business, the wrong ideals can cost you money, long-term. Or your ideals can bring you success, short-term.

Judgments based on the information you don’t control

As I learned, there is more to buying a house than deciding about the property price you would like to take out a loan for. Trying to make a point, my colleague turned to me and handed me a calculator with the number “3” already entered in the display. He told me to enter the number “7.” I followed his instructions, and the result was “13.”

Long story made short, my friend then revealed to me that he had entered the number 3 on the calculator, then typed + 3 but did not hit the equal sign. So when I entered the 7, what the calculator was actually calculating was 3+3+7, which equals 13 and not 10.

But since I was unaware of the information already entered into the calculator, my resulting conclusion of the outcome was also wrong. I didn’t quite understand his point at that time, until a few months later when I was buying real estate in Germany.

After selecting an object with a broker, all we needed to do was get the OK from the bank. We got the OK in no time so that the broker could proceed with preparing the necessary paperwork and arranging for a date to sign the contract with the owner at the notary’s office.

I thought nothing could go wrong. Everything was running smoothly. I mean, what could happen now? Then, a week before our notary appointment to finalize the sale, the broker called and informed us that the owner had suffered a stroke and would not be selling the house in his current state.

What? We were shocked. We had sympathy with the owner, but we had put 3+7 together and were certain the result would be 10. But as we came to learn, the result was 13. We didn’t factor in the unknown of the owner’s health condition.

With our second house, things were different. Emails had to be sent back and forth. The information the broker’s office supplied was incomplete. Also, there was another couple who had already shown their interest. They were just waiting for the bank to give them the OK.

He had built the house with much love and dedication to detail and lived in it himself. So he wanted to know the house was in good hands. He was uncomfortable with the fact that the other couple talked about making some structural changes to the property before they even owned it.

Again, we were surprised. We had put 3+7 together based on our ideal of how a successful deal should go. And again, we were wrong as the result was 13, and we did not consider the information we were unaware of — having the owner’s favor.

This goes to show that having ideals to measure life by is important. However, you should always be certain that those ideas are correct. Stereotypes are a good way to plan your marketing campaign, but are they really something we want to use to judge the character of individual humans?

If you want to make good decisions based on your experience, you should not hold the conclusion as being written in stone, but rather as an outline that may hold some unaccounted variables. Will this make us more successful? Not in itself. But you may suffer less from dissatisfaction and disappointment or fear and anxiety based on ideals and stereotypes. Being more easy-going will definitely give you some emotional distance to make more rational decisions.

Ultimately, basing your judgment on a more rounded and open-minded approach may help you live happier and more fulfilled lives. What do you think? Leave a comment or write to us about your personal experience.