Is the Real Wonder Woman From Russia? 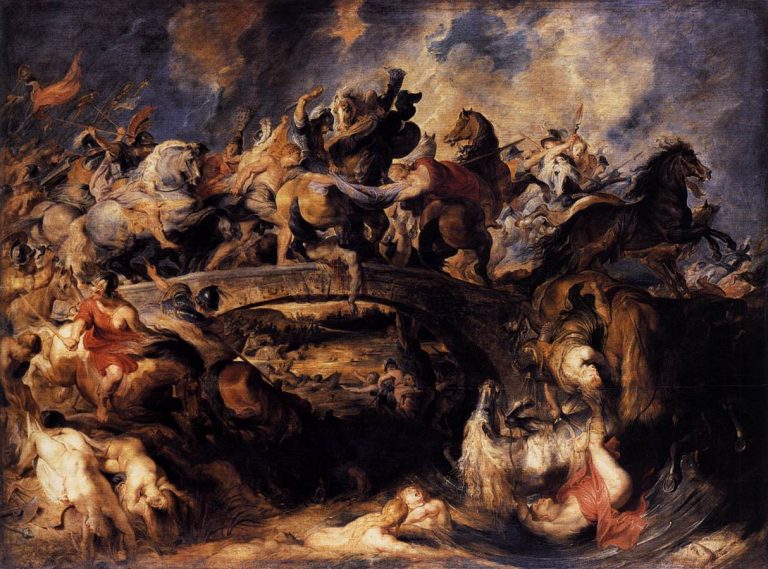 'Battle of the Amazons,' by Peter Paul Rubens,1618. (Image: via Wikimedia Commons)

Researchers from Russia have uncovered an ancient tomb containing the remains of four Amazon females of different ages. The excavation was conducted by Don Archaeological Expedition from the Institute of Archaeology of the Russian Academy of Sciences. Amazons have been popularized across the world through the DC comic character Wonder Woman, who is portrayed as belonging to this race of warrior women.

“The Amazons are a common Scythian phenomenon and during the last decade, our expedition has discovered approximately 11 burials of young armed women… Separate barrows were filled for them and all burial rites which were usually made for men were done for them,” Valerii Guliaev, head of the Don expedition, said to CNN.

In this particular tomb, made of oak and clay blocks, the team found four women. The Scythians were a nomadic tribe that lived between 900 BCE and 200 BCE in the Siberian region. One of the most unique things about these tribes is that unlike other cultures of the time, they maintained a number of female warriors.

The youngest in the tomb is estimated to be 12 to 13 years of age, the second one 20 to 29 years of age, the third one 25 to 35 years, and the eldest one 45 to 50 years old. The oldest woman came as quite a surprise to the researchers since the average life expectancy of Scythian women in those times was around 30 to 35 years. Items found in the tomb, dated to the 4th century BCE, include a bird-shaped iron hook, iron arrowheads, iron knives, harness hooks, horse harnesses, molded vessels, and animal bones.

Young girls had a broken black lacquer vase that had been painted with a red palmette. One of the young women was apparently buried as a “horseman,” as identified by the cut tendons in her legs that was a grave custom observed in those times for people who held such posts. The oldest woman was buried in a ceremonial headdress. Her jewelry was a mix of copper, silver, iron, and gold. She was buried with an iron arrowhead and an iron knife that was wrapped in a piece of fabric.

“This was an egalitarian society… The fact that you have a range of ages is important because people previously thought that mothers wouldn’t be out fighting because they had children… In these small tribes on the harsh steppes, it makes sense that every single person has to have the same skills and competence to defend the tribe as necessary… It confirms that these women really were warriors throughout their lives,” Adrienne Mayor, author of  The Amazons: Lives and Legends of Warrior Women Across the Ancient World, said to The Washington Post.

The first mention of Amazonian female warriors can be found in Homer’s Iliad. These women were apparently very fierce, mated with their defeated male opponents, bore their children, and only kept the female kids. In the book, they were believed to be living in the region around the Black Sea. A popular legend attributes their name Amazon to have been derived from the practice of women cutting their breasts in order to improve their archery skills. However, this has been dismissed as sensationalism.

John Caloruso of McMaster University has a different theory that is more widely accepted — “Scythians had a neighboring tribe in the Caucasus mountains called the Circassians. The Circassians had a figure of legend named Lady Nart Sana and her title was “Forest Mother,” which in their tongue was pronounced “A-maz-ahn”,” according to Top Tenz.

Interestingly, the concept of a race of warrior women isn’t unique to the Greeks. Ancient Chinese accounts noted the existence of such tribes around 300 BCE to 100 CE. These women were mostly mounted warriors and often engaged in archery rather than hand to hand combat.