The Wildlife Toll of the Australian Bushfires 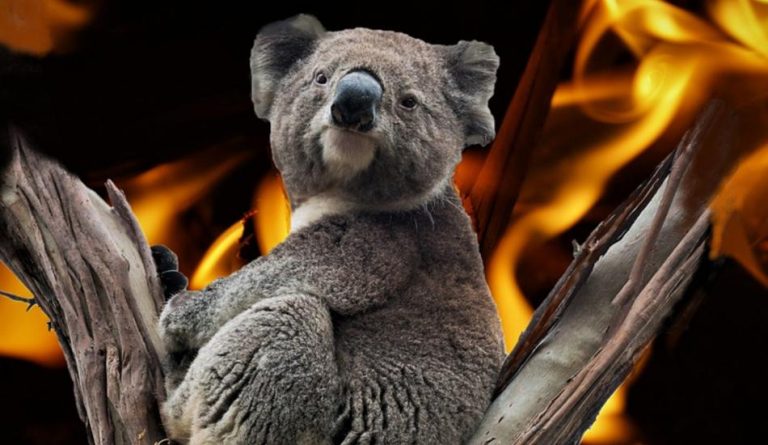 According to ecologist Chris Dickman, more than a billion animals have perished in the ongoing Australian bushfires. In New South Wales, the state most heavily impacted by the fires, 800 million are estimated to have died. Estimates of the dead include vertebrate animals — birds, mammals, and reptiles.

Species that are widespread across Australia are not under an immediate threat of extinction. However, rare creatures that are highly concentrated in a few niche environments, like some species of birds and frogs, are at risk.

“For animals that do endure fires, the threat is not over. They have limited food and water resources and little shelter from predators, circumstances that could cause further mortality in the weeks and months after the smoke clears. In Australia, invasive European red foxes and feral cats are known to swoop into burned areas to pick off survivors,” according to Scientific American.

Among the species, most at risk include the Glossy Black-Cockatoo. Only 400 of these birds were estimated to be alive before the fires. Experts have suggested that the bushfires have burned almost 60 percent of their habitat. Though Koalas are spread across Australia, the fires in New South Wales are believed to have killed about one-third of its population in the region.

Quokkas are marsupials that have also been immensely affected by the bushfires. In areas where fires may have subsided, these creatures are now vulnerable to attacks from predators, like cats and foxes. Northern Eastern Bristlebirds are mostly found in southeastern Queensland and northeastern New South Wales. Their population was estimated at just 50 before the fires.

John Woinarski, a professor of conservation biology at Charles Darwin University, and his colleagues calculated that anywhere from 20 to 100 species may go extinct once the fires are done burning. Mike Lee, a professor in evolutionary biology, believes that up to 700 animal species may be driven to extinction by the bushfires.

At present, the government is focused on providing food to the animals. In NSW, almost 2,000 pounds of carrots and sweet potatoes were airdropped to help brush-tailed rock-wallabies. “Initial fire assessments indicate the habitat of several important brush-tailed rock-wallaby populations was burnt in the recent bushfires. The wallabies typically survive the fire itself, but are then left stranded with limited natural food as the fire takes out the vegetation around their rocky habitat,” Matt Kean, minister of energy and environment, said to CNN.

Since July 1, almost 10 million hectares of land in Australia has burned. Across the country, at least 3,700 firefighters and support crew are working to deal with the fires. In addition, almost 3,000 people from the army, navy, and air force reserves have been deployed. Plus, the U.S., Canada, and New Zealand have contributed 240 firefighting personnel to aid in the operations.

Some 500 aircraft are kept ready to fight the fires across Australia. The government has leased firefighting aircraft from overseas at a cost of 14 million Australian dollars (about US$9.6 million). Helicopters and hundreds of heavy vehicles like excavators, bulldozers, and the like have been deployed. In New South Wales alone, about 750 vehicles are on the ground every day. Despite all these manpower, vehicles, and other resources being committed, the fires have raged on mercilessly.

Professor Dale Dominey-Howes, director of the Asia-Pacific Natural Hazards and Disaster Risk Research Group at the University of Sydney, believes that the current bushfires represent a “new normal.” Tactics that have been used till now won’t be of much help when trying to combat such massive fires. “We need new approaches to disaster management — a professional paid workforce, capable of round the clock, round the year and around the country deployment, capable of responding to multiple disaster types,” he told the BBC.

The Australian government has faced criticism for not doing enough to manage the situation. The fact that Prime Minister Scott Morrison decided to go on a family holiday to Hawaii last month when the country was burning has irked citizens. A public inquiry into the country’s response to the fires will be conducted.