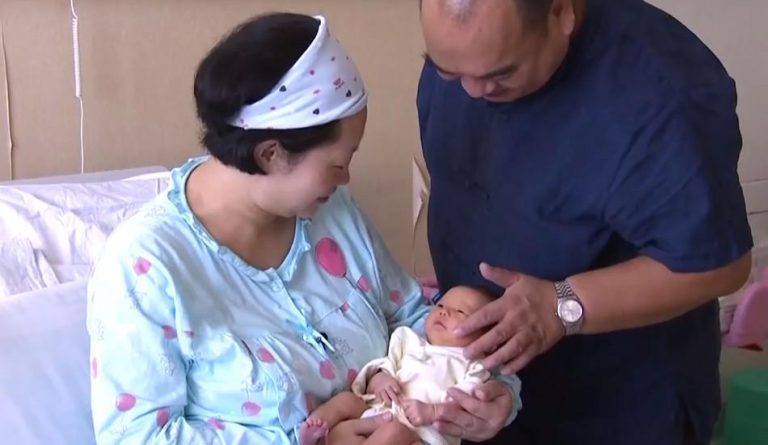 According to China’s National Bureau of Statistics, the birth rate for 2019 plummeted to the lowest level since the People’s Republic was established in 1949. (Image: Screenshot / YouTube)

China’s National Bureau of Statistics has revealed that the Chinese birth rate for 2019 plummeted to the lowest level since the People’s Republic was established in 1949. If the trend continues, experts warn that China might end up getting old before it becomes rich.

“Chinese mothers gave birth to 14.65 million babies last year, down from 15.23 million in 2018… Last year’s figure was the lowest since 1961. China’s overall population continued to grow, rising to 1.4 billion at the end of the year from 1.39 billion a year earlier… The working aged population between 16 and 59 years old was 896.4 million at the end of last year, accounting for 64 per cent of the total population. The number of Chinese aged over 60 was 253.8 million, or some 18 per cent of the national total,” according to South China Morning Post.

Ever since China implemented the one-child policy decades ago, its birth rate has been on a constant decline. After demographers warned that such a decline would result in old people outnumbering youngsters in the future, Beijing ended the one-child policy and allowed couples to have two children from 2016. However, the changes have had little to no effect. Since people have grown accustomed to the idea of just one child per family and women now give preference to careers over household life, the birth rate has not picked up.

Economist Ren Zeping is of the opinion that the government should lift restrictions on births before it is too late. According to his calculations, the number of child-bearing women aged between 20 and 35 will decline by 30 percent between 2013 and 2028. If this happens, the proportion of young, working people will drastically reduce. Not only will the GDP of the country be negatively affected, but there won’t be sufficient tax revenues to fund the pensions of senior citizens.

“The lesson from other East Asian countries is that once the birth rate declines, it’s hard to get back up… China’s going to have to get used to a continuous drag on growth from shrinking employment,” Julian Evans-Pritchard, an economist at Capital Economics, said to MarketWatch. According to estimates by Capital Economics, population changes will cut off half a percentage point from China’s GDP every year until 2030.

To boost birth rates, some scholars in China are suggesting that the country accept a more tolerant view of out-of-wedlock births. However, Wendy Wang, Director of research for the Institute for Family Studies in the U.S., believes that this would be a wrong approach. Instead of out-of-wedlock births, Wendy wants the Chinese regime to make married life appealing.

Research suggests that communities with lots of single parents in the U.S. often have high rates of incarceration and low rates of economic mobility. Wendy points out that China will be better off prioritizing its Confucian heritage of stable families to boost birth rates rather than blindly adopting the West’s failed experiment with single parenthood.