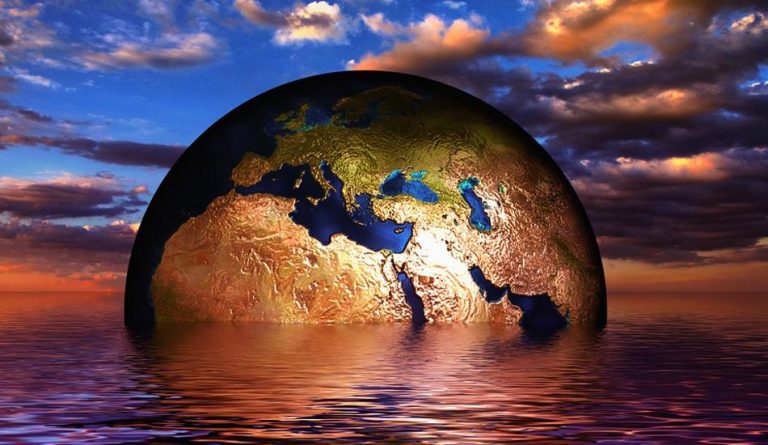 Migration due to climate change will increase in the future. (Image: pixabay / CC0 1.0)

Human beings have a long history of migrating due to climate change. However, such migrations were usually on a small scale, spread through several decades or centuries. A 2018 World Bank report warns that the world might witness the migration of more than 140 million people by 2050 due to climate change, an event that can trigger conflict in many regions and threaten global development.

According to the report, entitled Groundswell — Preparing for Internal Climate Migration, three regions would be the most severely affected by climate change — Sub-Saharan Africa, Latin America, and South Asia. Problems like crop failures, water scarcity, storm surges, and rising sea levels will force people in these regions to move to internal areas, either within their borders or to neighboring nations. This 140 million essentially represents close to 2.8 percent of the population in the three regions. There is a silver lining though — if greenhouse emissions are reduced and proper plans are put in place, the number of migrants can be cut down to 40 million.

“We have a small window now, before the effects of climate change deepen, to prepare the ground for this new reality… Steps cities take to cope with the upward trend of arrivals from rural areas and to improve opportunities for education, training and jobs will pay long-term dividends. It’s also important to help people make good decisions about whether to stay where they are or move to new locations where they are less vulnerable,” the executive officer of World Bank had said in a statement (World Bank).

In the Western Pacific, rising sea levels have already sunk eight islands, with two more in the process of being submerged. By 2100, almost 48 islands will be lost to the ocean. The people on these islands will have nowhere to go but their bigger neighbors who may not be so inclined to take them in. For instance, a family from the disappearing island nation of Kiribati had applied for refugee status in New Zealand in 2015. The High Court dismissed the request. In the future, millions would seek such refugee status due to climate change, causing an international crisis.

Many countries have signed up for the UN’s Global Compact for Migration, which outlines steps governments can take to deal with the issue. “The main priority is to find solutions that allow people to stay in their homes and give them the means to adapt to changing environmental conditions. This approach aims to avoid instances of desperate migration and its associated tragedies. However, where climate change impacts are too intense, another priority put forward in the Compact is to enhance availability and flexibility of pathways for regular migration,” Dina Ionesco from the UN International Organization for Migration (IOM) said in a statement (UN).

A study on the impact of sea-level rise in America predicts that almost 13 million people could be forced to move from coastal areas by the end of the century. Six million of them will be from Florida alone. As a result of the migration, states like California, New Jersey, New York, and Louisiana will have to deal with a massive influx of people. The only event that matches such large-scale migration in U.S. history would be the Great Migration of the 20th century when nearly 6 million African Americans departed from the south to cities in the north, west, and Midwest.

“There’s not a state unaffected by this… The Great Migration was out of the south into the industrialized north, whereas this is from every coastal place in the U.S.to every other place in the U.S… Not everyone can afford to move, so we could end up with trapped populations that would be in a downward spiral. I have a hard time imagining what that future would be like,” demographer Mat Hauer, lead author of the study, said to The Guardian. Sea levels along America’s coastlines can rise by as much as 6 feet over the next few decades. Significant parts of Boston, North Carolina, Virginia, and Florida might end up submerged.

Though such dire predictions about the future should not be taken lightly, one should keep in mind that many catastrophic climatic changes predicted in the past have turned out to be false. Back in the late 1930s, several prominent people were talking about the melting of the Arctic and how it would change the world. Almost 80 years have passed and the Arctic has still not melted.

In the 1960s, overpopulation was predicted as the next problem, with Stanford University biologist Paul Ehrlich proposing that America would be rationing water by 1974 and food by 1980. A French paper reported that the Maldives would be underwater in 30 years. Not only have 30 years passed, but the Maldives is now a thriving tourist destination with a rich culture. But, of course, it is no guarantee that such things will not come to pass.